Brian L. Patton (a.k.a. The Sexy Vegan) came to internet semi-fame in the early days of YouTube with his funny, irreverent, off-beat vegan cooking videos. He has since penned cookbooks, contributed to and been featured on major media outlets such as nytimes.com and huffingtonpost.com, and is a regular recipe columnist for VegNews Magazine. 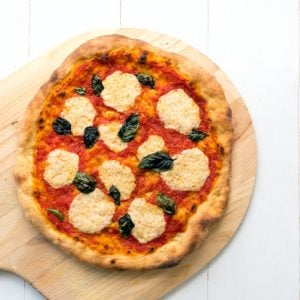 Flavorful sauce is the key to a perfect pizza. This tomato sauce recipe shines in its simplicity and allows the freshness of a Neapolitan pizza to really come through. Continue Reading Pomodori Perfetti (Perfect Tomato Sauce)