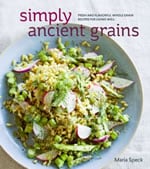 Raised in Greece and Germany, Maria Speck has a lifelong passion for whole grains. She is the award-winning author of the new Simply Ancient Grains and Ancient Grains for Modern Meals. Maria’s first cookbook won multiple awards, among them the coveted Julia Child Award from the International Association of Culinary Professionals. Both the New York Times and the Washington Post named Ancient Grains a top cookbook, and Cooking Light magazine included it among the 100 best cookbooks of the past 25 years.  Simply Ancient Grains was selected as a top cookbook for 2015 by the Washington Post, the Huffington Post, and Sweet Paul, as well as on NPR’s Here & Now. It also won an M.F.K. Fisher award, first prize in the book category.  You can find out more at MariaSpeck.com, and follow her on Facebook, Twitter, and Instagram. 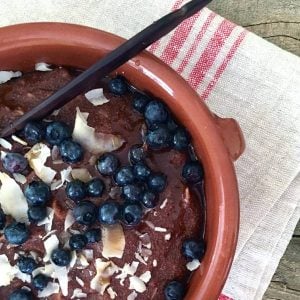 Teff is a great quick-cooking grain. As a porridge or “polenta,” it cooks up creamy with a light delicate crunch which makes it highly adaptable for breakfast, lunch, and dinner, even for dessert. It cooks in about 15 minutes, perfect for busy weekdays. Continue Reading Miniscule Yet Mighty: Tiny Teff is a Culinary Revelation 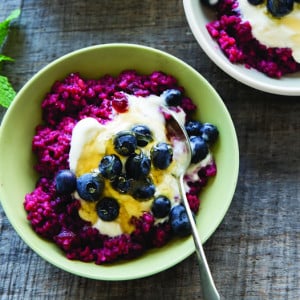 Whereever I go, whenever I speak about ancient grains, inevitably someone will raise a hand and confess, with a sigh, “I’d love to eat better but I’m afraid whole grains take too much time to cook. I am too busy.” You know the feeling, don’t you? Continue Reading No Time for Good Grains? Three Tips from my Busy Kitchen 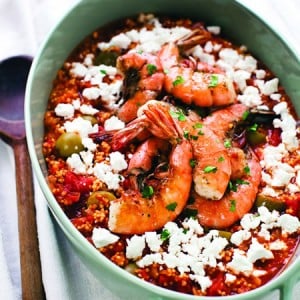 You might be surprised to learn that there is an amazing array of ancient grains to choose from which are gluten-free. And many have become more widely available, even in mainstream supermarkets. Continue Reading Nine Gluten-Free Ancient Grains, and Greek Millet Saganaki with Shrimp and Ouzo 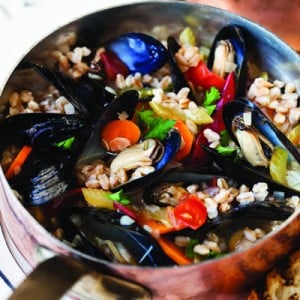 Whenever I speak at events about my lifelong passion for ancient grains, inevitably someone will ask: But I have no time to spare – don’t they take forever to cook? To which I always reply, with a smile: Not if you know your grains. Continue Reading Too Busy to Cook Ancient Grains? Think Again! (Mediterranean Mussels with Farro)