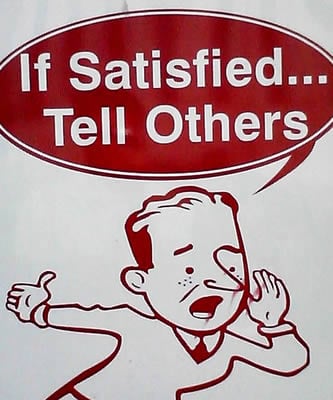 Satiation is the feeling of satisfaction and fullness from eating, which tells you to stop shoveling that food down your throat.  Satiety is the feeling of fullness that lingers after a meal, which generally determines how long it will be before you raid the fridge again.

The goal, then, is to reach a point of satiation before you eat too much, and to have a long period of satiety so you aren’t frequently hungry and fighting the urge to eat.

Of the energy-yielding nutrients (protein, carbs, and fat) , protein is probably the most satiating.  A high-protein meal generally makes you feel fuller sooner.

Fat is known to help produce longer-term satiety, so you won’t be headed back to the kitchen for a snack quite as soon.

There’s also some evidence to indicate that slow-digesting and high-fiber carbohydrates help increase satiety as well.

So if you want to feel full faster for longer, eat balanced meals that contain protein, unsaturated fats, and whole grains.