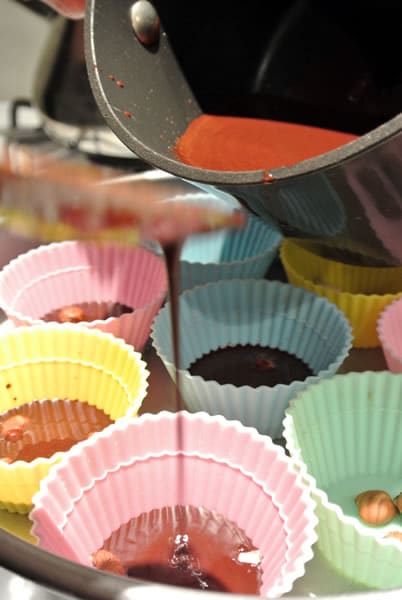 Chocolate. What is it with girls and chocolate? You don’t find many of us who are neutral on the subject. I was, though. I didn’t see the point, really. Give me a chunk of goat cheese on nice cracker and call it a day. My eyes, as they say, have been opened. I am interested in chocolate, of course, out of a strictly scientific inquiry into its anti-oxidant benefits. Of course… 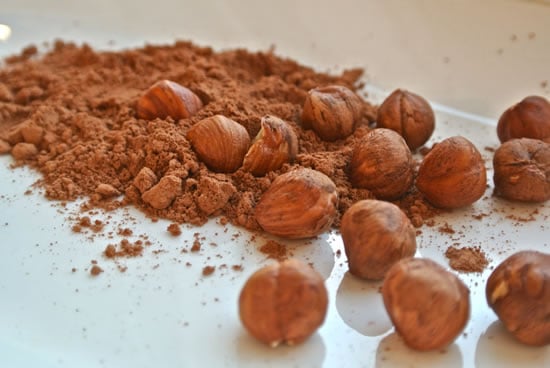 Chocolate has long been prized as a fortifying elixir. Montezuma, the Aztec emperor famous for his revenge, said that chocolate was a “divine drink, which builds up resistance and fights fatigue.” That’s right…we used to drink the stuff. And cocoa beans were ground with stones. The technology for a Snickers bar was a good 600 years off at that point. 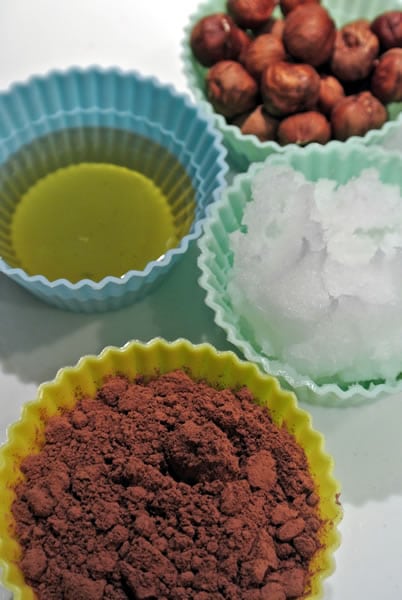 If ‘chocolate’ is synonymous with ‘candy bar’ around your house, you might be surprised to learn that the cocoa bean is crunchy and bitter. You get two fractions from cocoa beans – the cocoa powder and the cocoa butter. Early on, chocolate was simply cocoa powder, cocoa butter and sugar. Technology made chocolate smoother, creamier and shinier; food conglomerates have made chocolate cheaper by substituting yucky vegetable oils, cheap fillers and very little of the precious cocoa bean. Good quality dark chocolate has very rich, complex flavours and cocoa buffs can debate single origin chocolate the way oenophiles can sniff out tobacco notes in a malbec. 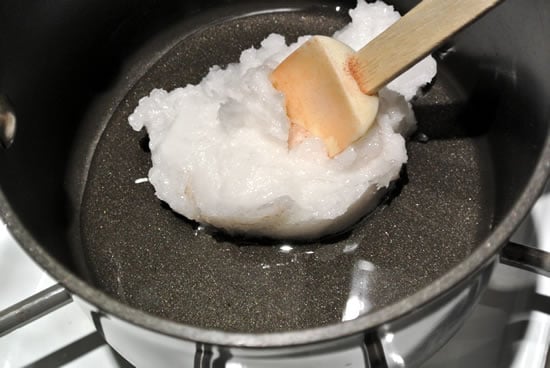 Cocoa beans contain a whole lot of biologically interesting substances, namely caffeine and theobromine – they fight fatigue! – and compounds known to evoke the same chemical response in the brain as falling in love. That’s why girls like chocolate! Cocoa is also incredibly rich in compounds called flavonols, which are potent anti-inflammatory and anti-oxidant chemicals. It is for these flavonols that you want to make your own, unprocessed, chocolate. Processing can degrade a lot of these healthful compounds. 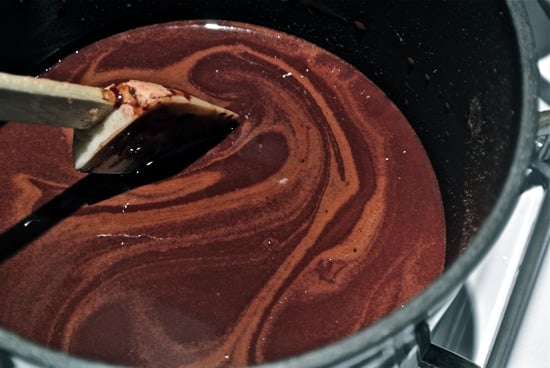 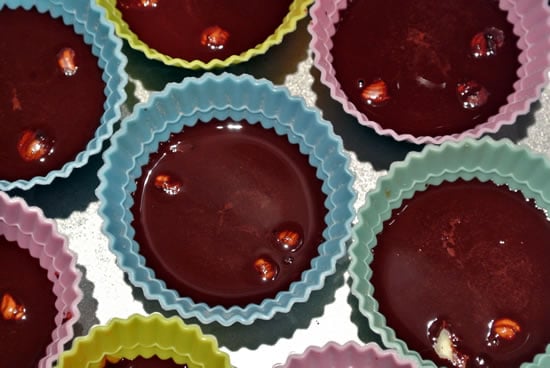 Because honey is a heavier substance, it may settle to the bottom of the chocolate. This creates a nice, fudgy layer but if you prefer a standard texture, stick to maple syrup.

Desiree Nielsen is a registered dietitian in Vancouver, Canada who feeds her young child plenty of kale and quinoa and will pretty much talk your ear off about why you should eat more organic food if you let her. She shares her nutrition musings (and occasional rants) on her website, desireerd.com.

can you use vegetable or canola oil instead?

Can i use vegetable oil

Hi yes u can use it

You could, but both are extremely unhealthy for you. Both are made by the pressing of the rape seed and is not shelf stable, it goes rancid very quickly so they have to be chemically converted (their molecules messed with) in order to be shelf stable. Here’s a valid resource on the subject to check it out. https://www.westonaprice.org/oiling-of-america-in-new-york/. As an Herbalist for over 10 years, I stay clear of the nasty stuff.

Will almond butter work and will it dramatically change the flavor?

5 STARS!! My silicone pan was larger, so I whipped up a double batch using 1 cup Trader Joe’s raw coconut oil, 1.5 cups extra brute cocoa powder, and 4 tablespoons maple syrup. No spices or vanilla. It was divine. I will never buy chocolate bars again. In fact, I will look for some silicone chocolate molds!
For anyone looking for supplies, you can find everything on Amazon. Try Callebaut cocoa powders, they are the best IMO. I like the highest fat one, I don’t recall the name. The extra brute I used is from Cocoa Barry. It’s fantastic, but I look forward to getting through it so I can get some Callebaut again!

Once I’ve made this can I use it as cooking chocolate in other things?

Desiree, I did go ahead and take the plunge with Dutch chocolate and the recipe turned out fabulous! I have already passed your recipe along to my European relatives (who can only get Dutched chocolate unless they pay outrageous prices for shipping), and they are loving it!

Thanks again for another wonderful variation on one of my favorite foods. 🙂

sorry i did not try to do that

Absolutely delicious!!My kids loved it,they ate it all under like 20mins,yummy!!