Home » Nutrition » Sugar » What is the healthiest sugar? (Part 1) 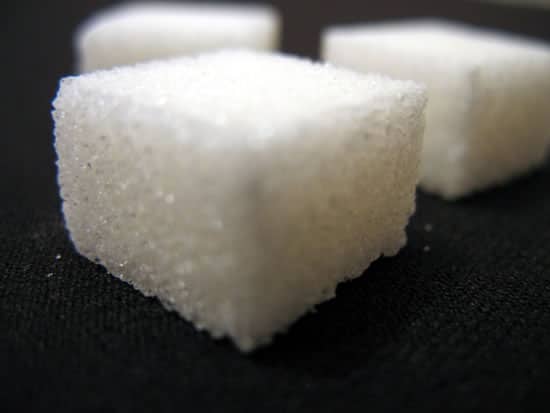 I’ve been asked this question half a dozen times in recent weeks, so I think it’s time we had a little talk.

There’s plenty of confusion, hype, and crazy anecdotes surrounding sugar these days. Heck, it seems the type of sugar you eat even reflects on the kind of person you are (or perhaps just the type of persona you want to project).

It’s downright trendy to shun high fructose corn syrup (yup, I’m one of those “elitists,” but not for the typical reasons).  Then there’s agave (lauded by hippies and yuppies alike), honey (unless you’re a vegan), brown rice syrup (for those outdoorsy energy-bar types)…  well, the list goes on and on.

Before we talk about the various sugar options, a little background is in order. (Forgive the science stuff, but it’s kind of important.)

Glucose is the most common. It exists on its own, but is also the main building block of other sugars. It’s also the sugar that your body wants to use for energy (it’s often referred to as “blood sugar” or dextrose).

Fructose is the sugar most commonly in — you guessed it — fruit. Important to note, though, is that a piece of fruit contains both fructose and glucose, to varying degrees depending on the type of fruit.

The third relevant monosaccharide is galactose, which is found pretty much only in milk.

Which brings us to the disaccharides. They’re made from chemically-bonded pairs of the single sugars (remember how the prefix “di-” means two?).

Joining a glucose and a fructose will get you a molecule of sucrose. White table sugar, for one example, is pure sucrose — which means that table sugar is 50% glucose and 50% fructose. (Also of note: The lay-term “sugar,” such as when you see it in an ingredient list, usually means “sucrose.”)

Matching up two glucose molecules results in maltose. Finally, lactose, the sugar found in milk, is made of glucose paired with galactose. (Galactose is found almost exclusively in nature bonded with glucose to make lactose, not on its own. In other words, you won’t find jars of galactose on the grocery store shelf.)

So what happens when you eat these sugars?

When you eat monosaccharides (glucose, fructose), your body can absorb them right into the bloodstream. Cells can use glucose directly (remember, it’s your body’s preferred energy source). Fructose will need to be broken down first by your liver, turning it into glucose.

If it’s a disaccharide (sucrose, maltose, lactose), you have to digest it before your body can do anything with it. Enzymes make quick work of splitting them into their monosaccharide components, and then the body handles it as if you ate the single sugar directly.

In other words, once you eat any of these sugars, the body breaks them down into glucose fairly rapidly.

So what do we do with that above information?  Is one sugar truly better (or worse) than the other?

The nutritionist’s (and corn refiner’s association) typical answer is that “sugar is sugar.” Since it’s all converted into glucose anyway, they say it doesn’t really matter. That it’s splitting hairs to try to differentiate.

They’ll tell you (and I’ll agree) that what matters far more than the type of sugar is simply reducing your overall sugar consumption.

(Factoid: Americans are now consuming 22 teaspoons of sugar a day, when general recommendations are to consume no more than six to nine, depending on your caloric intake.)

Having said that, the type of sugar might matter, too. The problem is, we don’t really know yet. But there have been some recent studies that indicate fructose could be worse for us than glucose.

I’d be remiss if I didn’t immediately mention Robert H. Lustig, MD’s 2009 lecture (“Sugar: The Bitter Truth“), in which he makes a compelling case that sugar — and in particular fructose — is killing us. (Want a counter-argument to Lustig’s lecture?  Here you go.)

This interesting Time Magazine article (also from 2009) highlights a small study which concluded “consuming too much fructose can actually put you at greater risk of developing heart disease and diabetes than ingesting similar amounts of glucose.” (Here’s another good summary of the same study.)

Last Fall, another study reported that cancer cells like to feast on fructose, but not glucose. Note, that’s in a lab, not in a human body.

In March, a small study of nine humans showed that glucose increased activity in some specific areas of the brain, while fructose decreased it.

And finally, just a few weeks ago Gary Taubes summed it all up in his cover story for the New York Times Magazine, entitled simply and provocatively, “Is Sugar Toxic?” Starting his article from Lustig’s lecture, Taubes explains how he has become convinced that sugar could be wreaking havoc with our health, and has changed his diet accordingly. (It’s a long read, but very well worth it.).

So now what? Do we stick with the classic answer is that “sugar is sugar,” and swear off the stuff entirely?  That certainly won’t hurt us physically, but we’ve got to be realistic.

Of course, the most-likely-to-withstand-the-test-of-time suggestion is to get your sweet fix from whole foods (peaches! apples! grapes!), instead of refined, added sugars.  But if you insist on using some kind of sweetener, from the evidence I’ve seen so far it sure seems like glucose could be a better choice than fructose.

Turns out, though, that’s not so easy or simple.

In part two, I look at some of the most common sweeteners and give you a quick run down on each of them.

If youm have Fructose Malabsorption then I should stay away from Glucose Syrup?

No. Glucose is good for you. You need it fuel. I have fructose malabsorption for 20 years. Not once has glucose been an issue.

In regards to this article, it’s pretty bad. Not informative at all.