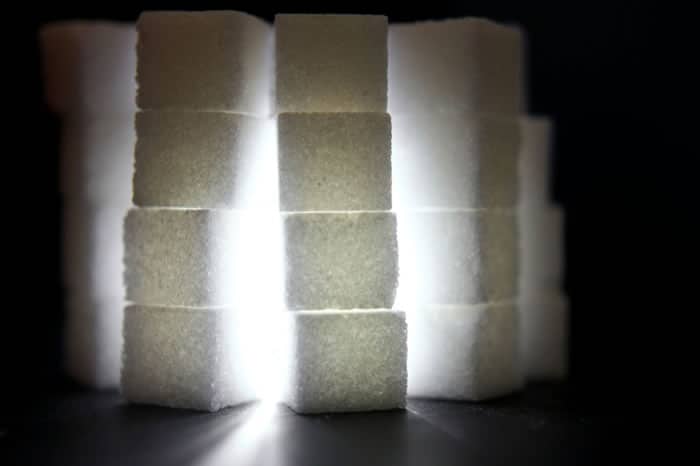 You probably know by now that sugar has been implicated in quite a few health problems, both directly and indirectly, so I’m not going to preach to you about why it’s a good idea to cut back on your sugar intake.

On the whole, it seems many people are also realizing the difference between naturally occurring sugars – like those found in whole fruit or a glass of milk – and added sugars, like table sugar, high fructose corn syrup, honey, agave, and the like.

(In case you’re not aware of the difference, I’ll sum it up: When you eat a piece of fruit, even though it may have quite a bit of naturally occurring sugar, you’re also getting phytonutrients, antioxidants, vitamins, and minerals, all of which are beneficial. It also comes with fiber, which will slow the digestion and absorption of the sugar into your bloodstream.  Added sugars, on the other hand, provide just one thing: Rapidly absorbed calories.)

There’s another distinction that I recently realized, and I want to mention it in case you hadn’t considered it yet either.  Perhaps it’s just a semantic difference, but I think semantics are important.

I used to refer to added sugars commonly as “refined” sugars – just like a lot of other people. But it’s not the refining process that truly matters – it’s the “added” part that’s important. And the thing that added sugars, refined or otherwise, have in common is that they’re all highly concentrated.  So I’m now calling them “concentrated sugars” instead.

Obviously a teaspoon of granulated table sugar is both refined and concentrated.  But what about other sweeteners, like maple syrup or raw honey?  Those don’t have to be refined in order to be concentrated – and ounce-for-ounce, they contain about as much sugar as the refined stuff.

Unfortunately, many people also look at specific sweeteners and focus on the trace nutrient content – nutrients that can easily be found elsewhere – and believe that those give that particular sweetener a thumbs up.

To be clear, if you’re going to eat concentrated sugar, there may be some valid reasons to choose one sugar over the other (some preliminary research shows that fructose might be worse for us than glucose) but I’ll still argue that the quantity of sugar, no matter the quality, trumps the minuscule nutritional differences between any particular kinds of sugar.

Having said that, I’m still choosing the least-refined options (maple syrup and honey are my first choices) when I want to include some concentrated sugar in my diet, rather than the highly-processed, highly-refined sugars like white table sugar, agave, or high fructose corn syrup. But I don’t harbor any illusions about the fact that even these slightly-less-refined sugars are still just concentrated sugar.

Ultimately, thinking of added sugar in terms of its concentration rather than its “refined-ness” has helped remind me to keep my added sugars to a minimum.  And that’s where semantics have indeed made quite a difference.

Why I Don’t Buy Girl Scout Cookies
It’s Time for an R.D. Revolution