Priscilla Willis is the writer, recipe developer, and creative behind the popular Orange County website She’s Cookin’ | from the heart. Her recipes and photographs have been featured on Huffington Post Taste, Huffington Post Kitchen Daily, the LA Times, OC Family, OC Menus (restaurants), and Honest Cooking (travel). She has served as a speaker on Social Media for the Orange County PR Professionals Association and the Fresh Produce and Floral Council and as a culinary judge for the Orange County Fair and SoCo Farmers Market “Farm to Food Truck Challenge.” Priscilla also collaborates with Hoag Hospital on raising awareness and educating folks about cooking good foods for the heart. You can follow Priscilla on Twitter, Facebook, Pinterest, and Google +. 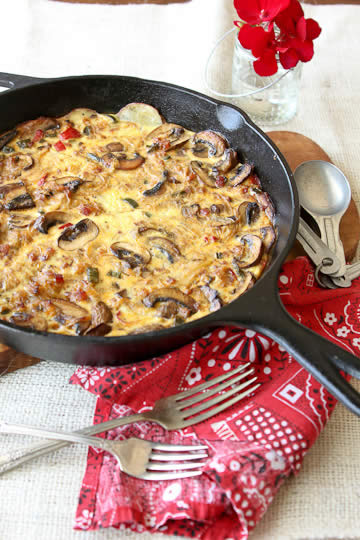 Growing up on a small family farm and being the oldest in a household of six, I learned to cook at a young age and have always eaten relatively “clean.” Every spring the whole family was put to work preparing the soil and planting the garden which would provide  vegetables for the entire year. I remember my mom working diligently through the summer canning tomatoes, making jams, and freezing green beans, chard, and Chinese peas. Memories of summer days spent in sticky humidity under the blazing sun, grumbling under our breath so the old man wouldn’t hear, as we did our required two hours of tortured servitude. Our garden was not a glorified hobby – it was our sustenance; along with the goats, chickens, and hogs that we raised and woke up at 6:00 a.m. to feed and milk every day before school, and the side of beef that we bought from the local slaughterhouse each year and stored in the giant deep freezer at my grandmother’s house down the hill.

Of course, at the time I didn’t appreciate how lucky I was to grow up drinking goats’ milk instead of soda, eating freshly picked vegetables and eggs we had gathered ourselves and, as the oldest, my mom’s designated right-hand in the kitchen. I began to appreciate these early experiences when I had my own family and take great pride in preparing delicious meals that nourish our bodies and brings smiles to the faces of friends and family.

With all the diets out there you may be wondering what exactly is a heart healthy diet. A heart healthy diet is really the same as a cancer prevention diet or a basic healthy diet: one that is low in refined or processed sugar, low in saturated (animal) and trans fats, rich in nutrient-dense fruits, vegetables, and whole grains, eat fish at least twice a week, and low-fat or fat-free dairy products.

But there’s another matter of vital concern that is often overlooked, for heart health and being healthy overall: the amount of sodium that the average American ingests. Sodium has come under increasing scrutiny in the past few years and has long been a silent culprit in high blood pressure and heart disease. Further scrutinizing our diet and eating unprocessed became imperative after my husband suffered his first heart attack in December of 2000, followed by bypass surgery and arrhythmia related problems. His twelve-year struggle with heart disease has meant virtually giving up some of his favorite foods – like cheese and charcuterie! – and  developing laser-sharp focus on the sodium content in food.

Healthy food doesn’t have to be boring…or bland. And, there’s more ways to amp up flavors besides adding salt. One way to shake the salt habit is to cut back on the amount of table salt, however, most of the salt we consume is from restaurant and processed foods  — bread has lots of salt, as do cereal and cakes, cheese and meat, and, of course, snack foods. Many of us have been conditioned with a craving for salt from the foods we ate as children and it takes time for your taste buds to grow accustomed to the inherent flavor of foods without the pop that salt adds. Besides eliminating processed foods as much as possible, I started cooking without added salt years ago and everyone (mostly me) could sprinkle sea salt to their own taste at the table.

Using herbs, spices, and other flavorings is a great way to season food and lower your dependence on the salt shaker. Here are my Top 10 ways to add flavor and enhance the taste and complexity of food, along with popular recipes from the archives that you might like to try.

Raw or cooked they complement nearly any savory dish. I especially like caramelized onions for a deeper, umami flavor in stews, soups, any braised or roasted dish, tomato based pasta sauces, burgers (beef, veggie, or turkey), meatloaf, pizza (allowing you to cut down on cheese). The umami flavor of caramelized onions work well in vegetarian and vegan dishes as well. Experiment with omitting the butter and using only sesame, avocado, olive, and grape seed oil to cook them. Since the holidays are coming up, I wanted to feature my healthy take on Green Bean casserole – that ubiquitous holiday favorite since the 50’s: 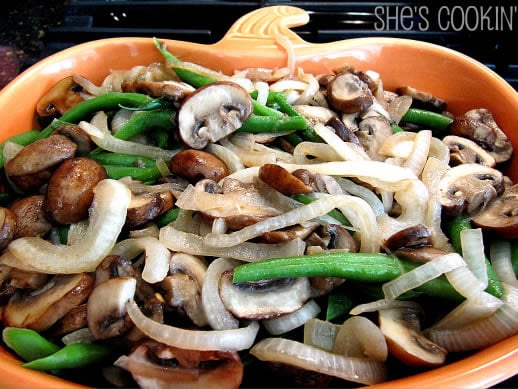 If your spice rack consists of Italian seasoning and basil, it’s time to expand your horizons – reinvent the dishes you’ve been making for years and bust a move with a few new ones! Pick up some fresh rosemary, thyme, chives, or basil at the market or stock up on dried herbs and ground spices such as: Herbs de Provence, cumin, coriander, cayenne, lemon pepper, no-salt chili seasonings and spice mixtures for every cuisine at stores like  Savory Spice Shop where I satisfy my urge for Moroccan with Ras el Hanout and Za’atar.

Not just for water or cocktails or as a salad dressing substitute for dieters, lemon juice adds a bright taste that is capable of replacing salt  – the #1 culprit of bloat and water retention besides being a major contributor to high blood pressure – in a lot of foods. Oftentimes when a dish tastes flat, it needs a little acid – not salt. Add a squeeze of lemon to salads, steamed or sautéed veggies, grilled fish or chicken, sauces, and soups. Don’t limit yourself to lemon juice either – lime, orange, tangerine, and grapefruit juices are also equal contenders depending on the dish – lime is a staple in Mexican, Central American, South American, and Asian cuisines, orange and tangerine are fabulous foils for pork and game, and experiment with grapefruit juice in place of lemon (unless you’re on a statin drug). 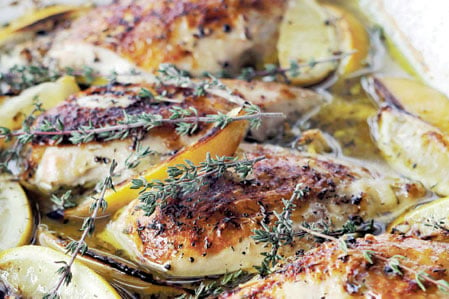 This includes lemon, lime, orange, grapefruit and tangerine: take that marinade up a notch and include the zest of the fruit, not just the juice. Citrus is the perfect complement to fish and seafood and citrus zest is also great in baked goods where the liquid may change the delicate composition of the recipe. 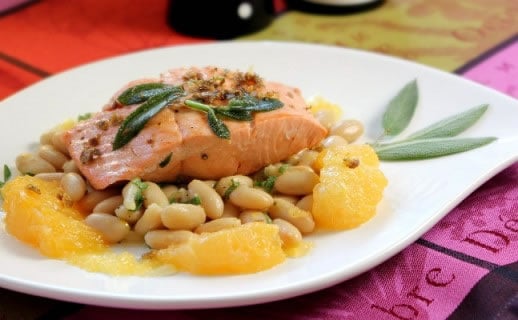 As I said previously, if a dish tastes “flat” add a dash of acid. It’s the supporting character behind many a stellar sauce, salad dressing, marinade, salsa, or chutney. Vinegars are far more versatile than you (or I) ever suspected. If cost per ounce were calculated they are the ultimate flavor enhancer – stock up on white balsamic, apple cider, balsamic, rice, red wine, white wine, and champagne vinegars. I’ve used balsamic vinegar with mushrooms in recipes as a substitute for high-sodium soy sauce (don’t let the low-sodium label fool you). 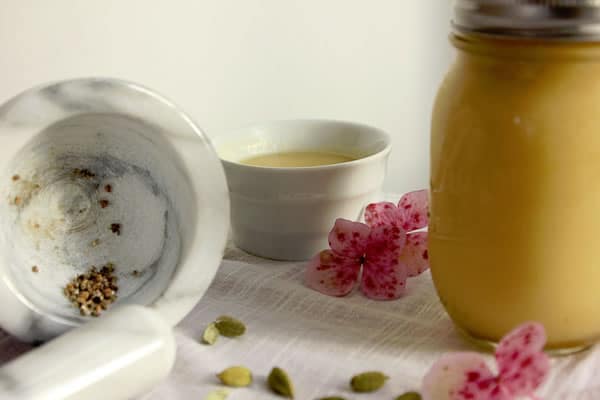 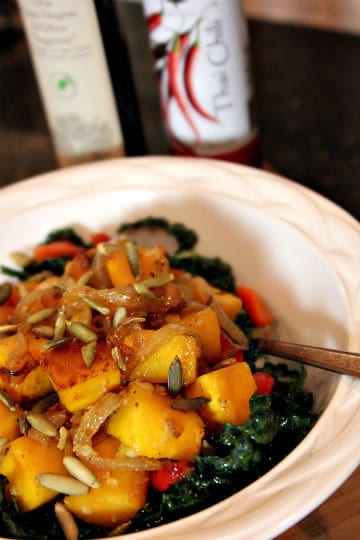 Use beer and wine (and even coffee) to add flavor to stews, soups, chili, pasta sauces, and braised dishes on their own or instead of broth. Avoid all canned soups – they are loaded with sodium. Canned or boxed broth or soup base, unless you make your own at home, is high in sodium – even the low-sodium varieties can be too high for someone on a restricted sodium diet, unless one serving, which is usually considered 1/2 cup (read labels), is all you’re going to consume.

Whether traditional tomato-based, sweet seasonal fruit, or a combination of the two, they are a colorful, fresh flavored accompaniment to grilled meats, fish, omelets, a wide-range of appetizers, cheese plates, chips and crudités. Homemade salsa and chutney are actually quite easy to make, you’ll wonder why you’ve never bothered. 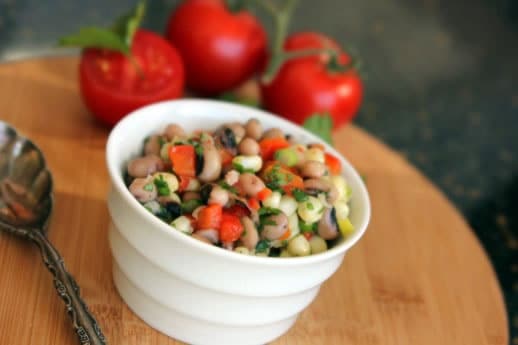 Hoppin’ John Salsa – great with chips, on nachos, with eggs – you name it!

Low sodium fare does not have to taste bland, if you crave highly seasoned food there’s no better way to get that punch than with chiles and peppers, whether you like them mild or packing some heat, add them freely. 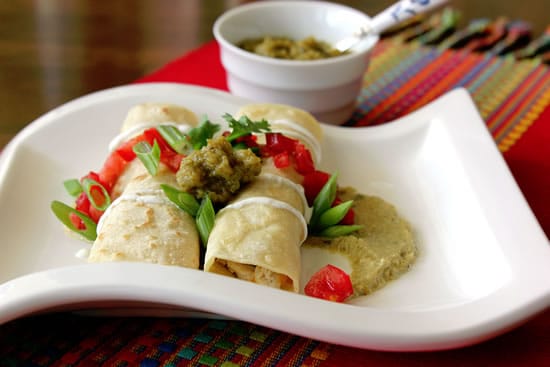 Add a meaty, satisfying flavor to vegetarian and vegan dishes and can provide that elusive umami taste to Asian-inspired dishes without sodium-loaded soy sauce by using a mixture of caramelized onions and mushrooms sautéed in a sesame oil/vegetable oil combination with a dash of balsamic vinegar. You can eliminate soy sauce, oyster sauce, Worcestershire sauce, and other high-sodium condiments with natural umami flavors.

If you use any or all of these ten naturally delicious and unprocessed flavor enhancers in lieu of salt, you’re doing your body and heart a big favor. Remember that the American Heart Association actually recommends consuming less than 1,500 milligrams of sodium per day – at 2,325 milligrams per teaspoon that is less than ONE teaspoon of salt per day! According to the Center for Disease Control and Prevention (CDC) the average American consumes 3,436 mg of sodium a day, much more than the government’s recommended daily maximum. Our bodies require sodium (about 180 to 500 mg/day) – it helps maintain blood pressure, send nerve messages and plays a role in muscle contraction, but too much has been linked to high blood pressure, a risk factor for heart disease and stroke.