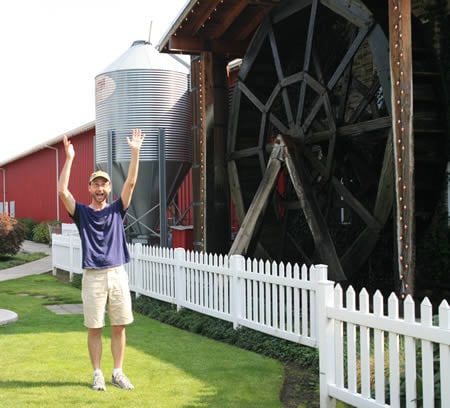 Yours truly, outside the Bob’s Red Mill Store

A couple of weeks ago, I had the great privilege and fortune of attending the “Full On Oregon” press trip. Sponsored by Travel Oregon (and with help from Maxwell PR), twenty food-blogging folks like me descended on Portland for an utterly exquisite weekend.

This was my first visit to Portland, and my first official “press trip.” (The trip was complimentary, though I received no financial compensation, nor was I specifically asked for anything in return.) The pros at Travel Oregon put together a spectacular itinerary — which many of my brilliant friends have already posted about (oh, and here’s a fun video recap).

As amazing as the weekend was — and I plan to share more about it in the future — one of the highlights of my trip was from before the festivities even began.  I flew in early on Thursday, dropped my bags off at the (totally fabulous) Hotel deLuxe, and hopped in a cab to Milwaukie to find the Big Red Mill.

I’m a total dork, and I couldn’t contain my excitement on the ride over — I started chatting up my driver about how excited I was to go to Bob’s Red Mill.  (Turns out, his son owns a Mexican-Korean fusion food truck. Something about Kim Chi burritos? Par for the course in Portland, it would seem.) 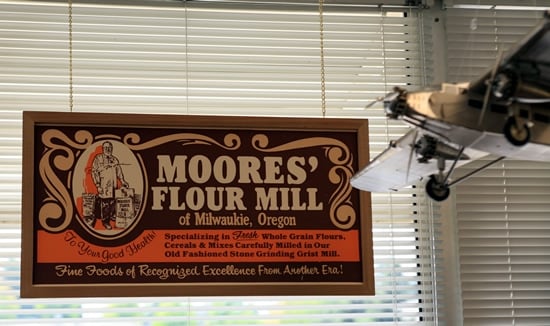 You already know that I’m all about the whole grains, and I’m a champion of Bob’s Red Mill products (Full disclosure: They pay for advertising on Eating Rules — but I’d sing their praises even if they didn’t.)  I’ve been wanting to tour the mill for ages, and this was finally my chance!

I met Cassidy Stockton, their Social Media Manager, at her office and she took me on a private tour around the facility. They do public tours every weekday morning, but Cassidy graciously allowed me to poke my (covered) head in just about everything — and to go beyond the white line that normally constrains the tours. 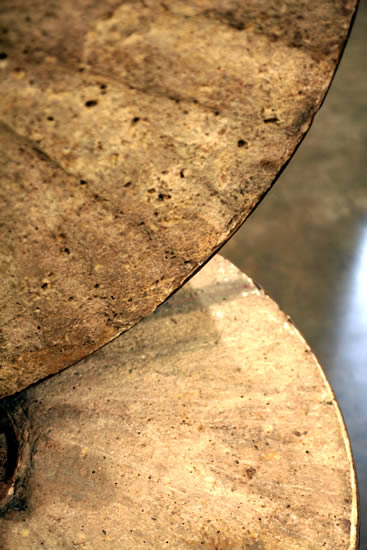 I didn’t get to see Bob this trip (though we’ve met briefly before; he looks just like you’d expect), but I did get a peek into his spacious-yet-unpretentious corner office. Cassidy then took me through the regular tour stuff — the original “Mill No. 1,” pictures of the company and its employees over the years, their parade float (painted on the side: “No Grain, No Gain! An Employee-Owned Company!”), and displays that share the history and story of the mill. 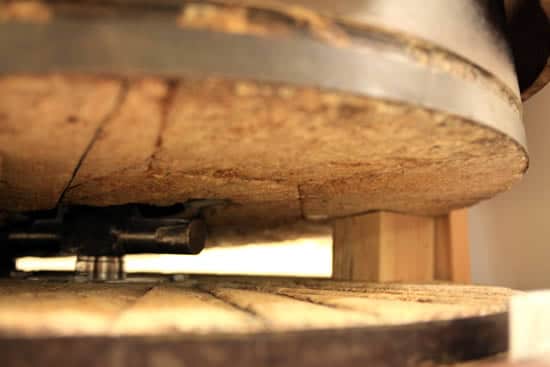 An inside view of Mill No. 1 (now just part of the tour)

Do you remember on Mr. Roger’s Neighborhood when he would visit a factory and show all the production lines?  As a kid, that was my favorite part of the show — I’ve always been fascinated with mechanized production lines (once again: Dork.). And now, I got to see all the milling and packaging machinery that makes Bob’s tick, up close and personal!

The facility was much larger than I had imagined — they recently moved to this new building, about a mile down the road from their store, to accommodate their growth.  It’s seven acres under one roof! 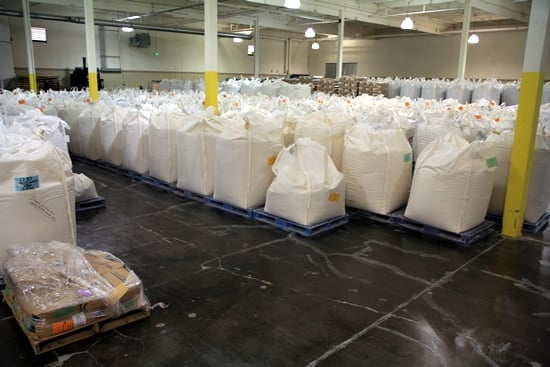 This is about 24 hours’ worth of product — and doesn’t include their gluten-free line.

Although modernized, the workflow for most products follows a traditional path — from grain to flour to individually-wrapped packages.  They start with huge, white sacks of grain (about two tons each, give or take), and fork-lift them up above one of the stone mills. 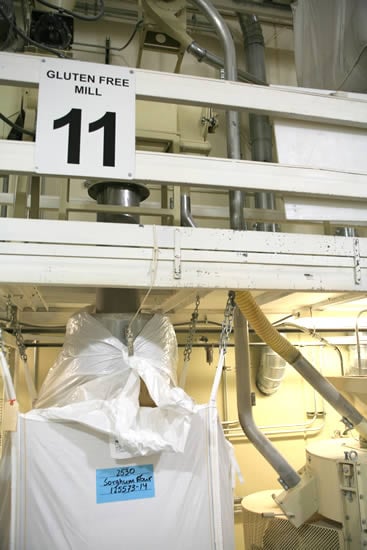 Milling Sorghum Flour – That’s the mill in the lower-right corner.

The grains (or seeds) are gravity-fed through the mill, and the ground grains fill up another one of the large, white bags. 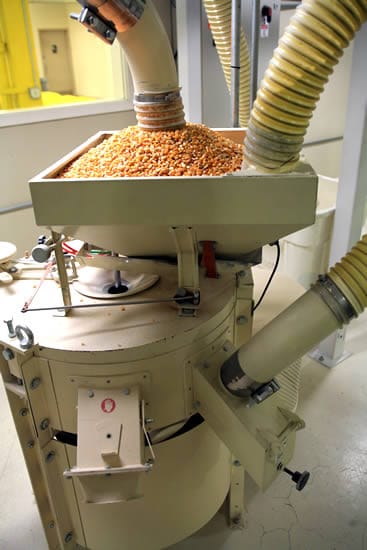 Milling Corn – Inside that cylinder are two fast-spinning stone wheels .

Those bags are then brought into the packing room, where they’re once again hoisted up — this time, over a bagging machine. 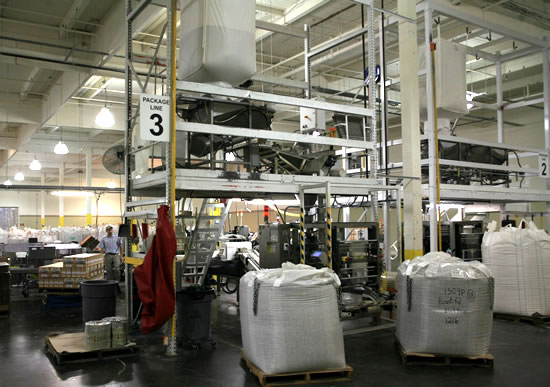 The bags are filled, labelled, slid through a metal detector (so sensitive that it can detect the iron in blood… uh, just in case), and then packed four-to-a-box. 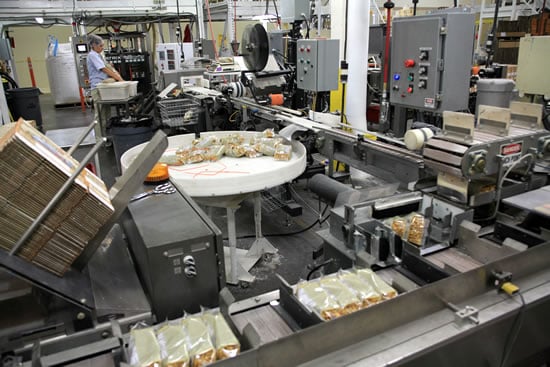 Bags of granola, about to be boxed

The boxes are then stacked on a pallet and brought to the shipping warehouse, ready to be sent out to your local store. 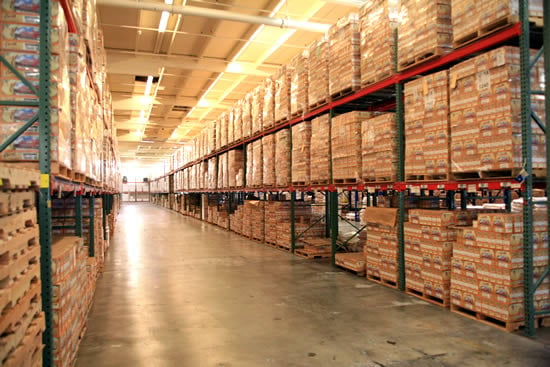 Although it’s actually under the same roof, about a third of the building is separated and completely dedicated to Gluten-Free production.  Precautions are in place to prevent cross-contamination, and they take their Gluten-Free-ness very, very seriously. They perform regular testing to be sure their products (coming and in and going out) are actually gluten-free. 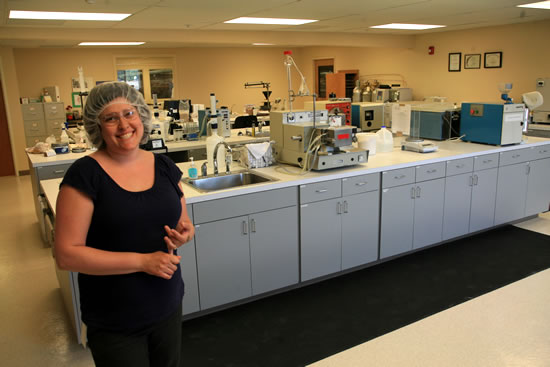 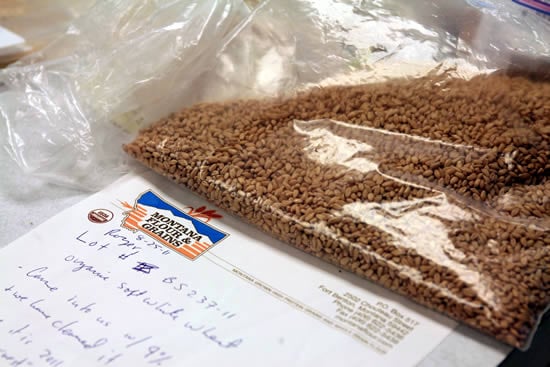 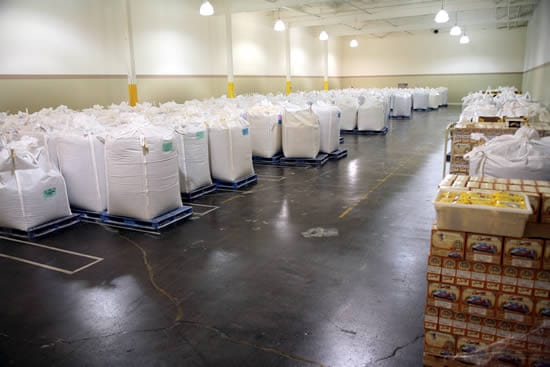 This is all Gluten-Free product, in its own room — about 24 hours’ worth as well.

After the tour, we headed over to the store.  Bob’s bought lunch — and Cassidy was incredibly patient as I struggled to decide what I wanted… too many choices, and I didn’t want to squander this opportunity!  (I very much enjoyed my grilled veggie sandwich on a whole wheat bun, and splurged with a side of fried grits… don’t tell!). 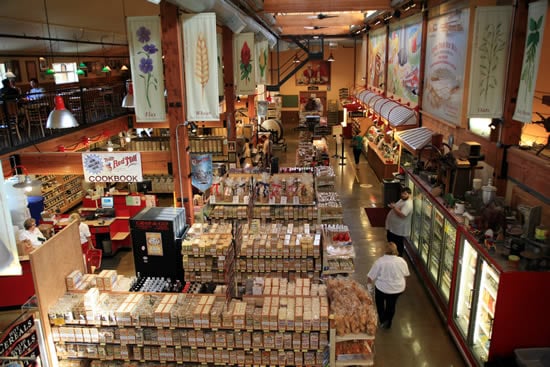 Inside the Bob’s Red Mill Store

Cassidy then grabbed a large tote bag and instructed me to fill it up with any of their products I wanted.  I was trying to be polite and not too greedy, but, well, she insisted.  I took the opportunity to try some of their products that I hadn’t encountered before, including hemp seeds, chia seeds, ground hazelnut flour, rice bran, and sweet brown rice.  I also nabbed some of their harder-to-find products, like dried blueberries, whole wheat Israeli couscous, and nutritional yeast.  Thankfully, Cassidy offered to ship everything home so I didn’t have to lug it on the plane. 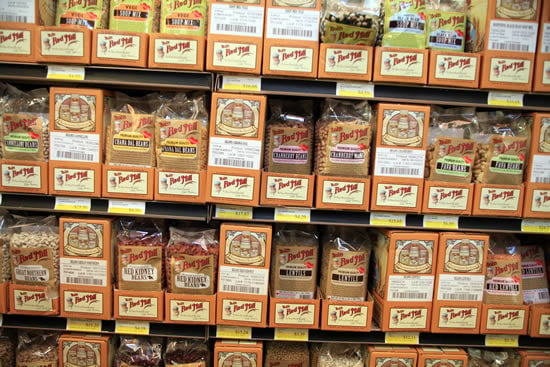 One last note, before I get to the giveaway: In the past couple of years, Bob and Charlee Moore and the other partners of the company have been transitioning out of an ownership role. Instead of going public or simply selling off the company, they decided to give it to the employees [PDF].  It’s a multi-year transition, and over the next few years, the company will become wholly owned by its 200 or so employees.

And what are Bob and Charlee doing with their newfound cash?  They’re not buying yachts or McMansions. Instead, they’re putting it to wonderful use. They recently donated $1.3 Million to the National College of Natural Medicine in Portland, and $5 Million to Oregon State University to establish the Moore Family Center for Whole Grain Foods, Nutrition, and Preventive Health.

And just last week, they announced a $25 Million pledge to Oregon Health Sciences University to establish a new institute for nutrition and wellness. 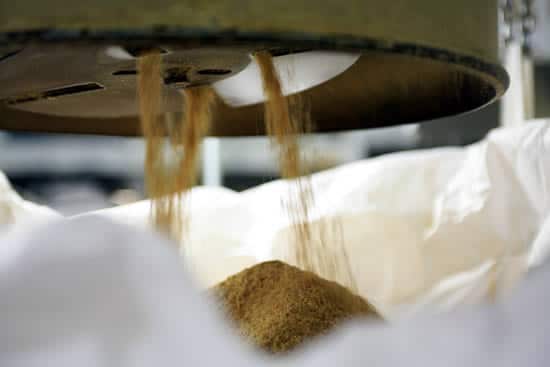 Making Flax Seed Meal. It can’t be ground between stones, else it turns into flax seed butter — so these proprietary spinning blades do the trick!

Shared on FB and tweeted. Very excited to have the opportunity to win, I am a big fan of Bob’s Red Mill, and was super pleased to find them in a remote part of Minnesota this summer!

I took the pledge!

Wow. I wish I was a part of the tour. But I’m still going to enjoy an unprocessed October!

I took the pledge a couple of weeks ago and am super excited! I kicked off by watching Food, Inc. Super!!!

This is a super interesting and really cute (mostly your enthusiasm!) post and thanks to my friend Gwen of Bunkycooks I have discovered your blog. Fun!

Kim @ Out of the Box Food

I’ve tweeted the October Unprocessed Challenge! I hope everyone participates!

Tweeted, facebooked, e-mailed the staff… I hope I can get a big group to join this challenge with me! 15 and counting:)

I tweeted about the giveaway and follow @eatingrules! Love Bob’s Red Mill!