Home » Strategies » In defense of cooking 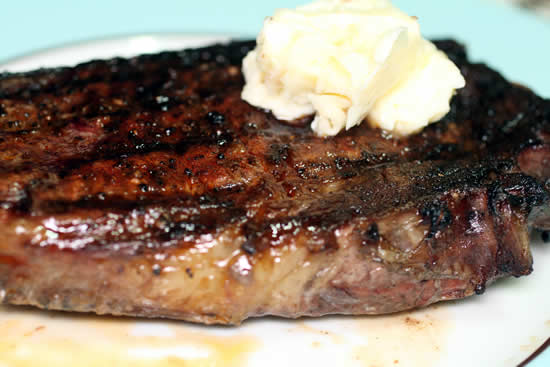 Before I started on my journey towards better health through diet and exercise, I ate at restaurants quite often, rarely giving priority to healthful choices. I was traveling frequently for work, too, which necessitated more restaurant, airport, and cruise-ship meals.

Suddenly — or so it seemed — I was thirty pounds overweight.

Shortly after my “ah-ha moment,” I discovered The Abs Diet. (Bad name, good book). In it, they recommend twelve food groups. Extremely flexible, and fairly well aligned with the current science-based nutritional recommendations, the groups include nuts and seeds, beans, berries and other fruits, lean meats, spinach and other vegetables, low fat dairy, and whole grains (and a few others).

As I ate from these groups, I realized it worked better if I choose whole foods, not processed ones. Moreover, in choosing whole foods, I ended up cooking most of my meals from scratch. Not surprisingly, it was far easier to control what I was eating when I prepared it myself.

Thinking more about how I was eating, I eventually whittled my own philosophy down to three essential eating rules upon which this site is founded. More recently, however, one sentence that simplifies everything even further has been repeating over and over in my head: “It almost doesn’t matter what you eat, as long as you cook it from scratch.”

Note the important qualifier: “Almost.”  This idea isn’t perfect, as I suppose you could cook and eat nothing but bacon and cookies — but odds are you won’t actually do so. If you cook from scratch, you’re probably eating more healthfully than if you eat out.*

An increase in “Food Away From Home.”

Sometimes, it’s even a double-whammy: Many foods at chain restaurants are not cooked in the kitchen; they’re prepared in factories and then re-heated (or worse, re-fried).  So not only are you getting “restaurant food” (which usually means enormous portions), but you’re also getting processed food.  (There’s a reason Cheesecake Factory’s Avocado Egg Rolls taste exactly the same at every location — because they are exactly the same!)

When I was a kid, we ate out once or maybe twice a week.  We used to go to Flakey Jake’s on Sunday evenings for ridiculously-oversized hamburgers.  It was a treat — and we all knew it.  The rest of the week?  Mom cooked.

A few years ago, my parents told me that in the early 1980s, I think it was, they heard a prediction that most meals would be eaten at restaurants instead of at home. That forecast has proved to be disturbingly accurate.

A new study from the University of North Carolina revealed that a third of all food eaten by kids is now cooked outside the home (emphasis added):

Since 1994, this trend has been growing rapidly and reflects the availability of fast food restaurants and foods prepared in supermarkets and other food stores, the researchers say. In fact, calories eaten away from home increased from 23.4 percent to 33.9 percent between 1977 and 2006.

“We found that kids eat a relatively maintained level of calories at home, but in addition kids also eat an increasing number of calories outside the home,” said study author Jennifer Poti, from the university’s Gillings School of Global Public Health. “Eating outside the home is actually fueling the increased energy intake for kids.”

A 2010 report from the USDA’s Economic Research Service concluded:

There are many factors in our country’s obesity and health epidemic, and yes, correlation does not equal causation. Nevertheless, there’s such strong evidence linking foods prepared outside the home with obesity and poorer diet that a modicum of common sense is really all we need to connect the dots: Eating out leads to overeating. Overeating leads to weight gain.

Why cooking is better.

Here are some reasons why cooking from scratch is better (I’m sure there are others):

1. You’re in complete control of what you cook and therefore what you eat. You know the ingredients, you control them. You can choose olive oil instead of butter, whole grains instead of refined, a side of fruit that doesn’t have sugar sprinkled on top. (Did you know that when you order a steak in a restaurant, it’s probably been slathered with butter?)

2. You care about your health; restaurants and food manufacturers don’t. They care about making you happy in the short-term, so you’ll return and spend more money. For most folks, the immediate gratification of large portions (and all that salt, fat, and sugar), trumps the longer-term goals of health. Additionally, one meal doesn’t make you fat, of course, and restaurants know that — so they don’t seem as culpable.

3. Cooking takes work (or, eating out is too easy). Every dish you cook takes planning, preparation, time, and labor.  At a restaurant, it takes no more effort to order two appetizers with your entrée — not to mention the breadsticks that just show up! At home, you’d have to put in a lot more effort for those appetizers and breadsticks. The work is a natural limiting factor.

4. The psychology of eating out makes it hard to eat healthfully. When’s the last time you went to a restaurant and ordered oatmeal for breakfast? It feels like “a waste” to get the simple foods that you can cook easily for yourself, right?  So instead, we order Eggs Benedict, pancakes, bacon, hash browns… Extravagant foods because we want to indulge. Of course, the restaurants don’t help much — the oatmeal (and other healthful options) are at the bottom of the menu — and never sound quite as delectable.

5. Cooking is cheaper. American households spend about 42% of their total food budget on foods prepared outside the home, but the consumption is about 34%. The discrepancy is simple: Food prepared outside the home costs more. Every time I eat out, I spend far more on a meal than I would have had I cooked. With a little bit of forethought, it doesn’t take much to make cooking extremely cost-effective — in both the short- and long-term.

Make it happen (with a little bit of help).

It definitely takes more effort to cook your own meals than it does to eat out.  But it doesn’t have to be so hard. A big part of the workload is the planning and grocery shopping. It’s tough to be creative and cook exciting, new meals — and it takes a lot of time to figure out the recipes and groceries to go with them.

This is where a little outside assistance comes in, from my friend Melissa Lanz. She’s the founder of The Fresh 20, a meal planning service with a so-simple-it’s-genius idea: Weekly meal plans for five dinners, using just 20 ingredients.

For just five bucks a month, she provides terrific weekly menu plans, which include a grocery list of 20 ingredients (grouped by aisle, along with a cost estimate), instructions for a once-weekly prep session, and recipes for five easy and quick dinners.

I love that it’s limited to just 20 ingredients (plus some pantry staples) — so it’s budget-friendly and efficient.  The recipes are intended for four adults (or two adults and two children, with leftovers), so if you’re a twosome, you’ll have plenty of leftovers for additional meals to bring to the office!

The plans are easy to understand and use, and the recipes are straightforward.  They also have three different plans: Classic, vegetarian, and gluten-free.

(I’m hoping for a “wholegrain vegequarian” plan, but I suppose that’s getting a little too specific…)

So, here’s my plea: Go. Do it. Cook more of your meals from scratch. And next time you eat breakfast at a restaurant, don’t be afraid to get the oatmeal.

*Just in case you’re worried, I’m not going to be renaming this site “cooking rules.”

The title of this post is a nod to Michael Pollan’s terrific book, In Defense of Food.  It’s well worth the read.

Full disclosure: The Fresh 20 has previously paid for advertising on Eating Rules. I offered to give a recommendation in a blog post, and the links to her site are affiliate links (if you sign up, I’ll earn a small commission). Ultimately, though, it’s not about the money: I believe in what Melissa is doing, and am happy to support her.

Great Article. I too am passionate about teaching people to cook from Fresh Ingredients. It can and should be (somewhat) fast and Fabulous. not complicated and boring. Great to hear of others with the same encouragement to Cook at home.

I just saw your blog today for the first time and heartily agree with your premise: Cooking at home is SO much healthier than eating out! I’ve lost weight this year basically just from taking the time to prepare meals at home (instead of ordering take-out or buying lunch).

In addition, never having cooked much before, I hadn’t realized how satisfying and fun it is to sit down and eat a delicious meal you’ve cooked yourself. So rewarding! Of course, I still eat out occasionally (maybe once a week) but I realize it’s a treat.

I wholeheartedly agree! I grew up in a family that went out to eat frequently and was an obese child. Now as a busy mom of 4, I limit our going out to eat to once a week or less if possible. I love your blog and have followed it for a few months. I just added you to my blogroll on my new blog, officially launching the first of September. Keep up the good work!