Becky Selengut is a private chef, cooking teacher, and food humorist. In 2004 she started her private chef business, Cornucopia, and in January 2006 she founded the local foods website Seasonal Cornucopia.  She is a co-author of The Washington Local and Seasonal Cookbook, humor columnist for Edible Seattle Magazine, and runs the colorful blog Chef Reinvented. Becky’s second book, Good Fish, is an NPR notable cookbook and IACP finalist. For her ocean conservation work with consumers, Selengut received the prestigious Seafood Ambassador Award from the Monterey Bay Aquarium’s Seafood Watch Program in 2012. Visit the Good Fish Website for her videos on working with fish, and follow her on Twitter. 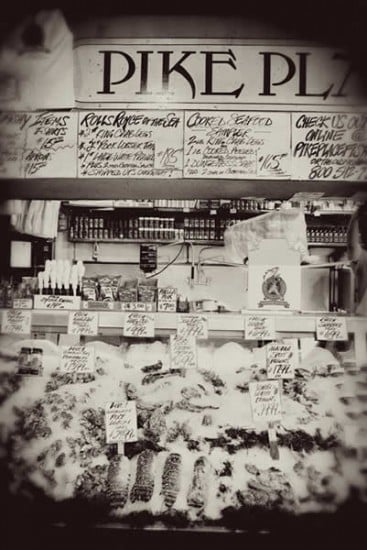 When most of us think about eating processed food, the first thing we might imagine is a Twinkie or a bag of barbeque potato chips or perhaps a frozen pizza. Very few of us would connect the vision of a swimming fish to the word “processed.” Nonetheless, the farther away a fish is from the way nature intended it to be (swimming wild in a lake, river or ocean), the greater the problems for human and environmental health.  While not quite junk food, there is such a thing as “processed” seafood.

As you continue to eat whole, unprocessed foods for the month of October, and perhaps beyond, I’d like to challenge you to consider the fact that there are many farmed fish that are being fed chemicals that are far from natural, but necessary when animals are farmed in such a way as to create crowded situations that can cause disease.

To give you a sense of just how processed some farmed fish can get, take a look at these chemicals used on a BC salmon farm: Ivermectin, emamectin benzoate, oxytetracycline, florfenicol, Romet 30, sulfadimethoxine and ormetoprim, sulfadiazine and trimethoprim, tricaine methanesulfonate, formaldehyde, florfenicol and hydrogen peroxide. (Source: Access to Freedom of Information Act. (2005). 2003 and 2004 Finfish Aquaculture Waste Control Regulation (FAWCR), Annual reporting information for Mainstream Canada).

Recent NOAA statistics tell us that 91% of the seafood that Americans eat has been imported. Of that 91%, only approximately 1% is tested by the FDA.  Many of the fish that we are eating in this country have been treated with antibiotics and other chemicals; some of them even banned in the United States but imported without oversight. 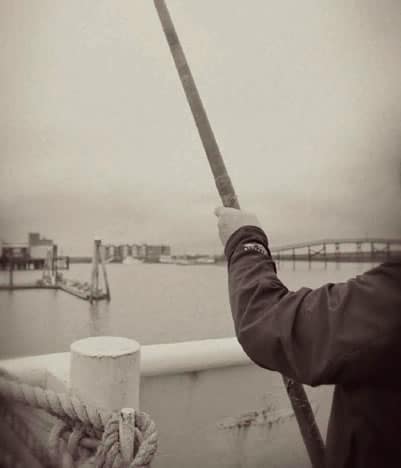 Choosing sustainable seafood is a complicated affair, made all the more difficult when one considers how processed some of these farmed fish can be.  So what’s a conscientious eater to do?

Follow these simple Good Fish rules to help you pick out sustainable seafood that is as “unprocessed” as whole grains, organic vegetables, and fruits.

While many farmed fish can contain chemicals, such as antibiotics and colorants, there are some farmed fish that are better choices. The best farmed fish choice would be bivalves, such as mussels, clams and oysters as they are not fed any chemicals or fish meal, but simply filter feed in the ocean, just as they would if they were wild.

Investigate the source of your seafood. Find out where it’s from, how it was raised and what it was fed.  Check out the Seafood Watch app on your smart phone or consult their website.

It turns out the smaller, silvery fish are the most healthful. They contain lots of Omega-3 fatty acids and are a very efficient way to get healthy food into people (as well as other fish).  It makes much more sense to eat sardines and anchovies directly than to turn them into fish meal to feed to a pig or chicken. Cutting out the middleman (or chicken or pigman, as the case may be) reduces the processing and ensures a better, more healthful fish for the consumer.

While there are some exceptions, if you remember nothing else, remember this: If you live in the U.S., buy U.S. wild fish and farmed shellfish.  Right there, you will have mitigated the worst of the problems associated with imported fish.  This is one area where we could serve to be a bit more nationalistic.

Thank you, seafood is so confusing for me! I know the Omega 3s are good but I also know that some fish are raised in an unhealthy way.

Thanks for these tips! So helpful!

I so appreciate your education because I have been so undecided about farmed raised catfish and salmon. Now I see…wow! WOW wow wow!

Great post! I use the Seafood Watch app – an excellent, handy resource.

I buy frozen haddock from Norway….processed in Norway. Read the label. Some is caught in Norway but processed in China. I won’t buy ANY foods from China….not even soy sauce. Fermented tea, yes.

Thank you. Becky! When I started this challenge, I found myself looking into farmed salmon and I was shocked at what I found.