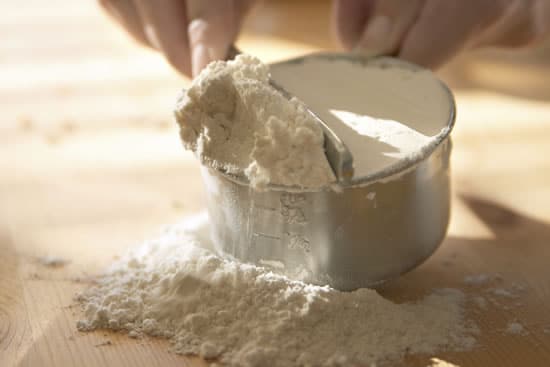 White Flour is, at the same time, one of the most coveted ingredients for baking in the world and the nemesis of health-conscious eaters everywhere. White flour is the ever-present ingredient in processed foods and, probably, the single most consumed processed food in the United States (although high fructose corn syrup might give it a run for its money). Andrew asked me to explain how white flour is made, why it might be bleached and enriched, and why whole grains are a far superior choice for your health.

What’s the deal with white flour anyway? How did we end up eating solely nutritionally deplete flour? White flour first appeared in appreciable quantity in the late 1800s with the industrial revolution. Whole wheat flour has a short shelf life; after all, it contains the germ and bran which can cause rancidity. Steam mills came with the age of industry, allowing a lot of flour to be produced quickly and transported all over the country. At the time, “flour” meant whole wheat flour, which will last only about 6 to 9 months before spoiling. To solve this short shelf life problem, millers began sifting out the germ and bran to increase the life for their flour.

In the beginning, white flour was a food of the elite. It was consumed by those with money and those in urban areas. As industry made it cheaper to produce, it became cheaper to buy. Lower income consumers imitated the wealthy and, within a few short years, white flour was the standard for everyone. 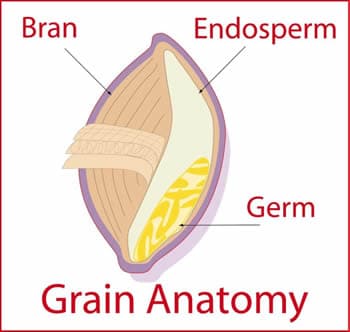 If you know that white flour is made from wheat, you’re one step ahead of a lot of people — truly, I’m not joking. White flour is made by separating the bran and the germ from the endosperm of the grain of wheat. That’s not really as complicated as it sounds — it is simply ground (typically on a high-speed, steel roller mill) and sifted to remove the fluffy white from the heavier brown. The sifting repeats until all that is left is white, fluffy flour. Fine flours, such as cake flour, are sifted more heavily. For a more in-depth description, check out this awesome video from Discovery: How It’s Made Flour.

Often you see two types of white flour — unbleached and bleached. Bleaching is done quite simply to make flour that is truly white. Without it, white flour has a slightly off-white color. When white flour was hitting its peak, bleaching was popular to make the whitest cakes and whitest bread possible. While bleaching has become far less popular, it can still be found in many large flour brands and in most processed food.

Potassium Bromate is an enrichment added to help develop the gluten (protein) in baking. It strengthens the dough and encourages rising. Most manufacturers of flour no longer use this enrichment because research has indicated it to be a carcinogen. While it is outright banned in the United Kingdom, the FDA has not banned bromate from use in the United States, though they strongly discourage bakers from using it. Today, most manufacturers of white flour add Malted Barley Flour to bolster their flour. Malted Barley Flour is quite simply barley that has been sprouted, dried and ground into flour.

Other enrichments required by law for conventional white flour include folic acid, niacin, iron, thiamin and riboflavin. These vitamins were originally required by law (circa 1940) to help solve health issues caused by diets deficient in these essential nutrients. These nutrients are naturally found in whole wheat flour and are removed when the germ and bran are removed. Funny, isn’t it? That the government requires us to add enrichment to flour that would have been just fine had it been left whole. With so many Americans relying on white flour, though, it was necessary to help prevent things like neural tube defects in unborn babies.

In the United States, you cannot enrich organic flours — so if you want to skip the added vitamins, go organic. Alternately, in Canada all white flour must be enriched — regardless of its organic status.

Go whole grain, but know before you buy

That’s the short version of a very long story about how America became reliant on enriched white flour. For your good health, start switching to whole grain flours such as whole wheat and spelt in your baked goods, choose pasta made with whole wheat flour and pick brown rice over white rice. The nutrients naturally found in whole grains make enrichment unnecessary. Whole grains are packed with fiber and offer variety in flavor and texture. A cookie made with whole wheat pastry flour tastes as good, if not better, than one made with white flour and your conscience can rest easy knowing you fed your family something healthier. 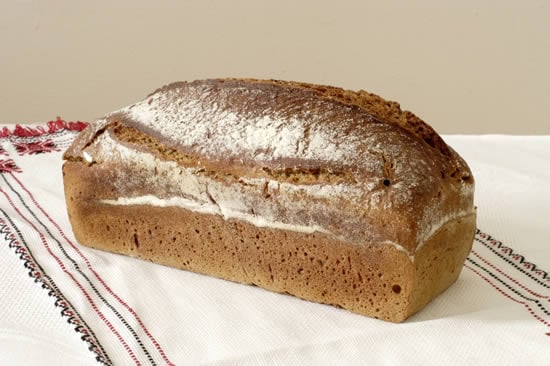 Homemade bread is so delicious and when it has healthy twists to it, it only adds greatness to the taste of these amazing recipes.

Optional: If you like sesame seeds or poppy seeds, roll dough on damp towel and in seeds before putting in pans. * Regarding the oil: The original recipe calls simply for "Vegetable Oil," but most vegetable oils are highly processed. Extra Virgin Olive Oil, Virgin Coconut Oil, Butter, or Peanut Oil may all be good options. Give it a try and let us know how it turns out!

Cassidy Stockton writes and publishes a blog on behalf of Bob’s Red Mill Natural Foods, a distinctive stone grinding miller of whole grain natural foods. Bob’s Red Mill offers the widest selection of whole grain, natural, organic and gluten-free flours, cereals, and baking mixes. And, of course, they’re a sponsor of October Unprocessed 2015! You can follow them on Facebook, Twitter, Instagram and Pinterest.

I ended up using 2.5 packs of yeast to get the 2 Tbps of yeast. Could I have just used 2 packs and call it a day? This smells wonderful! Looking forward to eating it!

The recipe doesn’t state what to do with the 1 3/4 cups of water. It’s not one of the “next four ingredients” and isn’t mentioned outside the ingredient list. I assume it goes in with the flour, but this may be why some people are getting dry and crumbly results…they’re only using 1/4 cup of water!

Never mind, I obviously can’t read! But others may be misreading it like I did, pays to read recipes a few times first

Can I use a Kitchen Aid Stand Mixer? Do I need to change anything if I do??

Im relatively new to bread making and dont want to mess the recipe up.