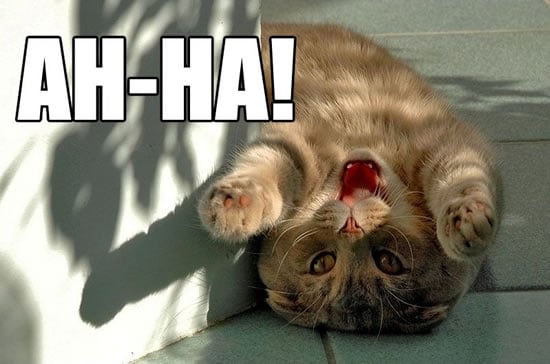 You’ve probably heard the idea of a “tipping point” — that moment in which you’re going along and something just “clicks” into place.  Before that moment, there had probably been a long, slow build-up – perhaps through a lot of hard work, or perhaps totally unnoticed –  and suddenly, in one instant, you reach that point at which you are forever changed. You might say you’ve turned a corner, or had an “ah-ha!” moment.

About four years ago, I hit my tipping point. I had known for years I “should” exercise, and I “should” lose a little weight… but I never made it happen. I had been slowly coming to the realization that what I ate affected how I felt, as I was dealing with some memory and focus issues due to a poor diet (I was essentially a “junk food vegetarian” and it was taking its toll).  After adding seafood back into my diet, my cognition improved (along with my acne) and I began to realize that what I ate affected both my mind and my body. But I didn’t really take hold of that concept. After all, my “brain fog” had lifted and my acne had improved, and that’s all I was concerned with at the time.

Several years later, I found myself a few months out of a long-term relationship, and looking to get back into the dating scene.  Writing my online profile made me realize that if I started dating again, I needed to start looking and feeling better.

One day around the same time, I was walking through a parking garage – on perfectly level ground – and realized I was tired and my body felt like it was moving through sludge.  This particular day wasn’t different than any other day; this was how my body felt pretty much all the time. Except this time I noticed it, and realized I didn’t want to feel that way any more.

That was the moment where I finally decided to try yoga.  I enjoyed it – it felt good! – so that led to practicing yoga every day (nothing fancy, mind you: I was in my living room, following along with some videos), which led to my tracking my calorie consumption, which led to running, which led to strength training… and so on.

My tipping point was surprisingly simple.  It also led me to wonder how a tipping point could be reached in others.  The closest parallel I’ve come up with is an intervention for someone who has a drug or alcohol problem.  The hope is that friends and family will come together to spark an “a-ha!” moment in someone they love. Essentially, they’re manufacturing a tipping point.  It doesn’t always work, of course, but sometimes it does.

I’m not saying we should start having interventions for our loved ones who need to eat healthier or start exercising (I can’t imagine that going over all that well, to be honest!) – but I do think there’s an important corollary that we can learn from the drug/alcohol intervention model:  It’s all about support from friends and family.

And that’s one of the most important factors in “success” (however you define it) in long-term healthful eating and weight loss/maintenance:  Being surrounded by supportive, like-minded friends and family.

A health tipping point is likely to be a little different for everyone. For some, it may be the birth of a child (or grandchild), and the realization that they want to be around as long as possible for their children.  Maybe someone they know has a health-related issue and they realize they don’t want that to happen to them.  Maybe it’s a seemingly-trivial moment, such as walking through a parking lot.  Or perhaps it’s from simply reading a blog post.

Getting Off of Sugar: An Interview with Margaret Floyd
An Orwellian Reminder