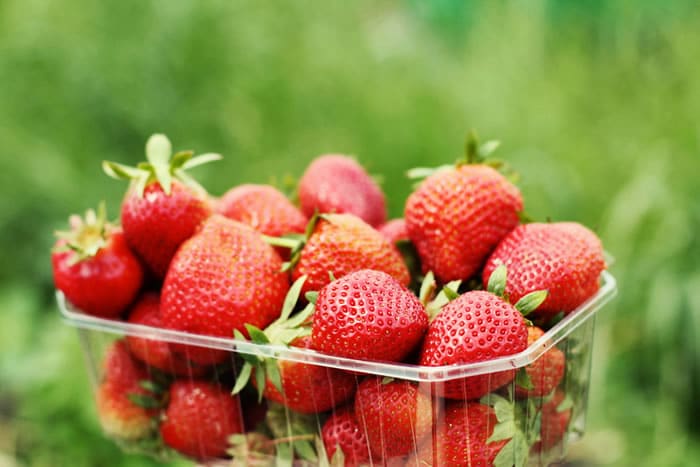 When it comes to organic foods, we often tend to hear most about the benefits they may provide to our personal health, such as higher levels of certain antioxidants, lower pesticide loads, and, at least in the case of strawberries, higher levels of vitamin C than their conventional counterparts.

While that is important and interesting research, I think it is important to not get bogged down by what Dr. Gyorgy Scrinis defined as “nutritionism.” After all, considering that the average American falls short of the recommended daily servings of fruits and vegetables, it is important to increase consumption. And, at the end of the day, a conventional orange will always be a better snack than an organic cookie.

1. The Health of Farmworkers.

Farmworkers who are exposed to pesticides are increasingly found to be at a significantly higher risk for a variety of conditions. The groundbreaking CHAMACOS study in California, for example, has found that children born to these farmworkers are more likely to have developmental problems. Recent research has also linked long-term use of pesticides (again, to be clear, we are talking about use, not consumption) to higher rates of depression and suicide.

To further complicate matters, as this terrific report from Farmworker Justice states:

Farmworkers are usually unaware of the pesticides to which they are exposed, the health effects of such exposure, or the laws meant to protect them from exposure. They are ill equipped to take the necessary precautions to guard against associated risks. Even physicians can experience difficulty determining whether flu-like symptoms resulted from acute pesticide exposure. Workers often do not know the nature of their illness and are motivated to keep working to support their families.

Wendell Berry once wisely remarked that “eating is an agricultural act.” I would take that one step further and add that agriculture is a political act. Without a doubt, the health and wellbeing of all farmworkers is a social justice issue that needs to be addressed, and supporting organic agriculture whenever possible is a way to keep their welfare in mind. 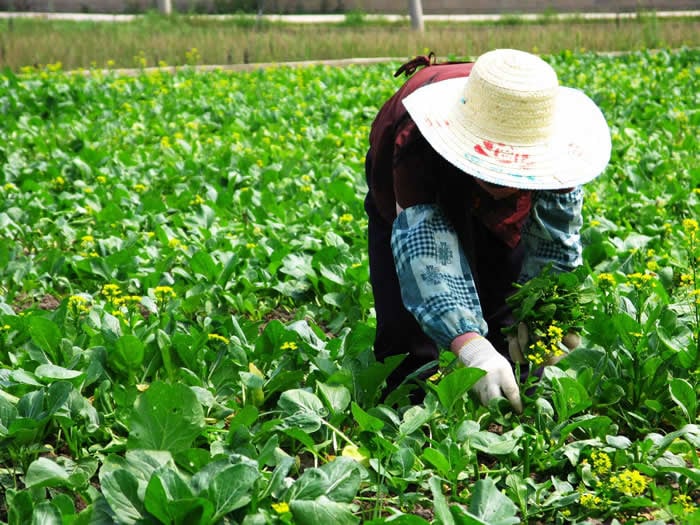 2. The Health of our Waterways.

Water – clean water at that – is necessary for human survival. The United States Geological Survey has been keeping tabs on pesticides in our water systems, and while they clarify that the “concentrations of pesticides in streams and ground water were typically below water-quality benchmarks for human health,” the news is far less rosy when it comes to aquatic life.

After analyzing pesticides in the nation’s streams and ground water between 1992 and 2001, a 2006 USGS reported states that “of the 178 streams sampled nationwide that have watersheds dominated by agricultural, urban, or mixed land uses, 56 percent had one or more pesticides in water that exceeded at least one aquatic-life benchmark.” The truly disturbing part? “Most of the organochlorine pesticides have not been used in the United States since before the National Water Quality Assessment Program studies began, but their continued presence demonstrates their persistence in the environment.”

Although, as the United Nation’s Food and Agriculture Organization points out, “the general progression of pesticide development has moved from highly toxic, persistent and bioaccumulating pesticides such as DDT, to pesticides that degrade rapidly in the environment and are less toxic to non-target organisms,” many developing nations are unable to ban older pesticides for cost reasons.

And, as recently as this year, endocrine-disrupting agricultural insecticides and herbicides are partially blamed for the increasing amount of intersexed fish found in the Chesapeake Bay watershed.

3. The Health of Ecosystems.

Neonicotinoids are systemic pesticides that have been implicated in being one significant factor behind bee colony collapses (if that makes you shrug your shoulders, consider that without bees, many of our favorite foods – including broccoli, avocados, pumpkins, and almonds – would cease to exist). Some research now even points to neonicotinoids negatively affecting bird populations, too.

4. The Health of Sustainability.

Natural resources are finite, which is why sustainability is far more than a trend or a catchy buzzword – it is a system of existence that values conservation so future generations can continue to enjoy the benefits of healthful soil, fertile lands, and abundant agriculture.

Certainly, agricultural practices have impactful and long-lasting effects on the health of humans, wildlife, flora, and soil. And, although supporting organic practices is key, it is also important to realize that agriculture exists within a continuum. It is also meaningful to support conventional farmers who are reducing their use of synthetic pesticides and herbicides, and who want to get off the “pesticide treadmill.”

Food is one of the greatest human connectors. Let’s keep that interconnectivity in mind when thinking about the types of foods and agricultural practices we support.

Andrew’s Note: Andy and I decided to publish this post today, as part of the Food Day “Coordinated Blogging” event.  Food Day is celebrated each year on October 24, and it envisions food that is healthy, affordable, and produced with care for the environment, farm animals, and the people who grow, harvest, and serve it. In 2014, Food Day has a special focus on food access and justice for food and farm workers.

Please visit the following blogs, written by other authors participating in this blogging event!

I appreciate this post and its emphasis on non-nutritionism. I agree with the points that Andrew is trying to make above. I also really appreciate Jessica’s follow-up. I did not know that organic farming allowed pesticides. Andrew! Pesticides derived from “natural” sources? Please. That is a cop out. Some of those “natural” pesticides include (nicotine and nicotine derivatives and pyrethrins). Nicotinides are toxic to humans and while pyrethrins supposedly are not, they do have an effect on fish (and aquatic insects that fish and other animals eat). If I am washing my vegetables and need to wash off pesticides, it would be nice to know that I am not washing something into the streams that might kill the local fish. I agree with Jessica that I would rather know that my farmer is not using pesticides at all. However, armed with the knowledge that Jessica has given me, I also… Read more »

Organic agriculture can use pesticides as long as they are derived from natural sources. The concerns have to do with those that are synthetically manufactured, and allowed for use in conventional agriculture.

As I explain in this piece, the issue of organic agriculture goes far beyond personal health. We have to consider how high amounts of synthetic pesticides, herbicides, and insecticides affect workers, waterways, and ecosystems.

I have yet to see someone who advocates for eating/buying organic foods explain why there is almost no testing on pesticides that are used in organic growing. Of the testing that has been done, it finds those pesticides used in organic farming are actually worse for the earth as they have double the half life of pesticides used in conventional farming. Are we all supposed to just believe that no pesticides are used in commercial organic farming? I believed it for a long time and lost a lot of money making my family “healthier” with organic produce(ha!). I now buy either conventional produce or produce from my local farmer that I know doesn’t use pesticides at all as I have toured her facilities on more than one occasion. If you’re advocating for anything, please make sure you know exactly what it is you are advocating for.