Home » Recipes » Salads » Yogurt instead of Mayo for the win! 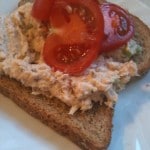 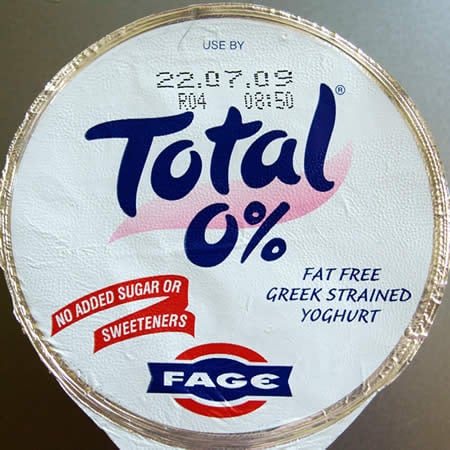 I like to view healthy eating as a bit of a game.   See, I’m a foodie and absolutely love a well-crafted, delicious meal.  But I also love how I feel when I eat a healthful meal.

It becomes a fun challenge to try to combine the two into a truly great meal.

Sometimes, it’s as simple as finding a tasty and good-for-you recipe.  Other times, it’s about making creative substitutions.

The best kind of substitution is one in which you can swap out a Really Bad Food™ with a Really Good Food™ and find that it tastes just as good — if not better!

As you likely know, mayonnaise is one of the most fat-laden, calorie dense foods out there.

Case in point:  A good friend of mine once told me that his college roommate used to eat mayonnaise right out of the jar; he was a broke rock climber, you see, and found that mayo gave him the most calories for his buck.  Yuck!

Personally, I think that low-fat mayonnaise tastes downright awful, even when it’s “hidden” in other foods.  Instead, I’ve been enjoying Greek Yogurt as a spectacular substitute for mayo. It’s much thicker than regular yogurt — almost like a custard or a mascarpone cheese — and is much higher in protein.

One of my favorites is Fage Fat-Free Greek Yogurt, though unfortunately it’s not certified Organic.  (It’s pronounced “Fa-Yeh,” by the way).  Trader Joe’s also sells good 0% Greek Style Yogurts (both Organic and Not), but I find they’re a bit tarter than the Fage. There are a few other brands out there as well, of course, so go with whatever you find and/or prefer.

I should point out that I’m not telling you to never eat mayo.  I’m just saying that when you do, make it count — don’t use it as an ingredient where it  “disappears” into the recipe.

So here’s my “Hooray, it’s the weekend!” gift to you:  Two recipes in which the yogurt sub works particularly well.  You’ll never miss the mayo. 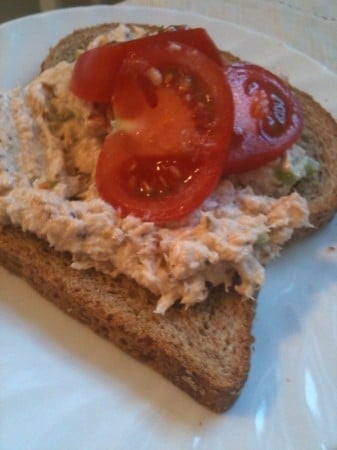 Although it's found in pretty much any well-stocked grocery store, it can be pricey. Costco sells a good one in packs of six; you can also get it at Trader Joe's. Make sure it's packed in water, not oil.
Course Salad
Cuisine American
Prep Time 5 minutes
Cook Time 1 minute
Total Time 6 minutes
Yield 2 servings
Calories 24 kcal
Author Andrew Wilder

Do you have a great yogurt-for-mayonnaise idea?  Share it in the comments below!

704 shares
Is this food high in Sodium?
Healthy Options at Starbucks, Part 2: Drinks

I have been using Fage instead of sour cream on baked potato, in tuna and chicken salad, I mix it with frozen fruit for a great dessert, and I make salad dressings with it as my creamy base. Great with dill and cucumber! I think this is just the beginning since I love to experiment.

Thanks for the recipes, I was looking to sub the mayo in my baked salmon and smoked whitefish salad. I really dislike mayo, so much rather keep a large plain non-fat Greek yogurt in the refrigerator.

Thanks Andrew,
I’m sure it will help.