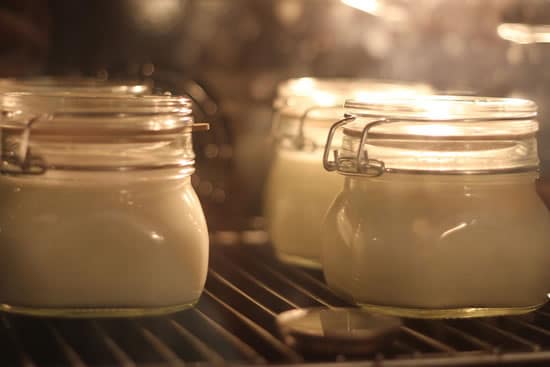 One of the great things about food science is getting to test everything. It’s a lot of fun to geek out over the details, to try various experiments, and to learn the processes that go into making our everyday foods. Take yogurt. We eat it all the time, but how is it made? Where does it come from? (Besides the plastic container in your fridge that you bought at the store!)

Making yogurt is incredibly easy, especially once you know some of the science behind it. A bunch of different types of “friendly” bacteria chow down on the lactose sugars in milk, creating lactic acid as a byproduct. This process—which is the same whether you make your own yogurt or buy stuff that’s made in huge stainless steel vats—is called fermentation, and it also changes the structure of the milk, turning it into a gel.

Here’s where we get to get geeky.

You might not think of yogurt as a gel, but from a food science perspective, it is. Gels—yes, that includes Jell-O—are what a chemist would call a colloid. Colloids are combinations a gas, liquid, and solids; and in food science, they come up a lot. Liquid medium with gas bubbles? Foams. Think whipped cream. Liquid medium with other liquids mixed in (but not actually dissolved together)? Emulsions like mayonnaise and milk. And a solid object with liquid mixed in? Gels, including yogurt.

Gels, being colloids that trap liquid in a solid medium, can only hold so much liquid before that solid medium is “full.” If you’ve ever noticed some liquid resting on top of your yogurt, that’s some of the liquid in the gel weeping out. (Your local chemist will tell you this is call “syneresis.” Chemists seem to have a word for everything…)

How is knowing any of this helpful in the kitchen? Once you understand that yogurt is made by bacteria breeding in milk and creating a gel, you can start asking some pretty smart questions:

Since there’s more than one type of bacteria, do the different types breed at different rates depending upon the temperature? Does that change the texture and flavor of the end product?

If the lactic acid is water soluble, and the final yogurt is a gel, does straining the yogurt to make Greek-style yogurt remove lactic acid and remove the tartness?

That’s a lot of questions, and if you were to stop and think about it, you might have some of your own. Tackling these questions with a scientific method and some easy testing is a great way to learn what works.

Let’s start by making a batch of yogurt. It’s easy enough: toss a spoonful of yogurt into a container of milk, let it sit long enough (4-8 hours) in a warm environment (100-110°F), and you’re done. The spoonful of yogurt acts as a starter; your bacteria have to come from somewhere. Given enough time at the right temperatures, they’ll multiply, do their thing, and leave you with yogurt. Super simple. (Make sure your starting yogurt says “live culture” somewhere on the container. It turns out to be really hard to revive dead yogurt bacteria.)

For us to do a more controlled experiment, we’re going to have to hold things a bit more constant. Let’s test how temperature impacts the flavor. This time, make two batches, measuring things out more precisely so that you know the two batches are identical except whatever it is you’re going to test.

Snag two quart-sized glass milk jugs. Bring a half-gallon of milk to a scalding temperature (say, around 180°F), then fill each yogurt container with the milk. Once the milk has dropped down to 110°F, add one tablespoon of your starter yogurt to each container. (You need to wait until the milk has cooled down, otherwise you’ll kill the bacteria in the starter yogurt! Again, dead bacteria don’t multiply so well…) Wrap some plastic wrap over the top to keep things clean.

You should now have two virtually identical containers. Try putting one in a warmer spot – a window sill, on top of a heating vent, in your oven (off!) with the oven light on – and the second in a slightly cooler spot. Keep tabs on the temperature of each; using a kitchen probe thermometer to measure the temperature every hour and keep notes. How do the two batches differ over time? Is one noticeably runnier than the other? Is one tangier than the other?

The great thing about experimenting with yogurt is that the process is relatively easy. Once you start thinking this way in the kitchen, learning to cook becomes a whole lot easier. Any time you’re following a recipe and not sure which way to do something, do a split A/B test. Sometimes it’s easy. With things like chocolate chip cookies, split the dough in half and add walnuts to one half, pecans to the other, then see which ones your boyfriend, girlfriend, kids or lucky beta testers prefer. Other times, doing these experiments might prove to be a bit more challenging. (Google “nerd sniping.”) Regardless, you’ll become a better cook, and besides, how many other fields can say that their data is as delicious?

One final word of warning before turning you loose on the microbial world of yogurt: there are some precautions you should take to avoid culturing the wrong kind of bacteria. Even with a huge head-start, the friendly bacteria you’ve added might get crowded out by other types of bacteria that aren’t so benevolent. For this reason, it’s common practice to scald the milk and sterilize your yogurt-making container. Is also for this reason that yogurt should be made in a warm environment, generally above 100°F. For a good write-up on yogurt making and safety, see the Making Yogurt at Home: Country Living Series. 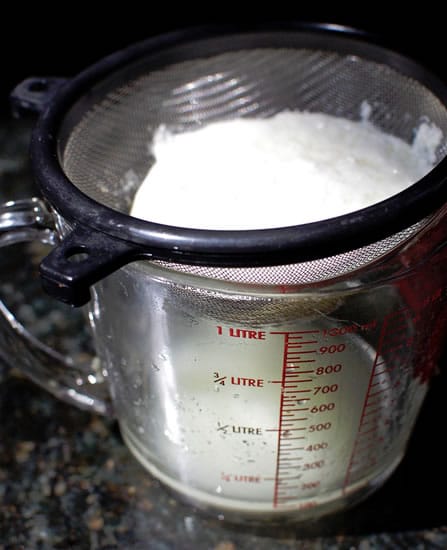 P.S. If you’re looking for something to do with all that yogurt after you’re done, try adding a bit of honey and mixing it with fruit. For a savory use, add herbs and spices-parsley, mint, or cumin-and use as a dip or condiment. And if it’s too runny, you can strain it: line a colander with a paper towel, place over a bowl, transfer the yogurt to the lined colander, and let rest in the fridge overnight.

Hi Kevin, Great questions. And I’m way in over my head on answering them; I haven’t read up enough on yogurt to be able to give any insightful answers on these. Here are some thoughts, at least… I would have to imagine whole milk would leave more solids behind as compared to skim or reduced fat; the fat in whole milk would stick around. (BTW, I suspect — but this is mostly opinion — that whole-milk yogurt is better for you, in general. Depends on quantity and what else is in your diet; again, I haven’t researched that area enough to do more than hand-wave an answer.) Also, this is a perfect case for doing an A/B experiment. If you’re trying to increase yield and wondering about milk fat, make 4 batches — nonfat, 1%, 2%, 3.25+% full fat — and see what you get. (You might be able to… Read more »

Thanks for the info Jeff!
Any more sources you can recommend? I’m wondering for instance how to increase my yield? I make Greek style non-fat yogurt and typically loose about 50% of the volume thru straining to get the consistency I like. Would using whole milk or 2% leave more solids than skim? Or how about a longer fermenting time? I know that longer means more tartness.
I occasionally add non-fat powdered milk to increase the protein and calcium levels but that doesn’t seem to appreciably effect the yield.
Any tips would be appreciated, thanks.

You are playing fast and loose with the gel concept, although, admittedly, it is not all your fault. Gels are a very broad class of materials that can be broken into 4 categories. For professional rheologists such as myself, it can be very confusing as all the gels have similar macroscopic properties (being kinda liquidy, but also kinda solid at the same time), but they differ greatly at the microscopic level. I won’t get into all 4 categories here, but a colloidal gel such as yogurt is completely different beast than a network gel such as Jello, which is based on long protein strands. And frosting is another completely different entity. It’s confusing, but at least there would be few arguments here if the TSA took your yogurt away for being a get. Alton Brown recently misspoke about frosting not be a gel and I took him to task for… Read more »

My family lived in Mongolia (unusual, I know) for several years when I was younger and the only milk available was warm and straight from the cow. Of course, my brother and I refused to drink it, so to make sure we were getting enough calcium, my mom made yogurt by setting bowls of the milk on the metal radiators heating our apartment (and I guess she started with some kind of culture. I should ask her…). She flavored it with Jell-o packets so we would eat it, thus negating some of the health benefits, but hey, it worked out well.

I recently started making yogurt and am thrilled with how easy and tasty it is. Two days ago I made quark for the first time, it came out incredibly yummy — so much so that my child ate all of it (admittedly, less than a cup). Now I’m thinking feta. Clearly yogurt is the gateway cultured milk product.

I love making yogurt but have gotten out of the habit. I’ve made it in the oven with the oven off but the light on. Then we had a window-less oven for a while and I made it in the crockpot (off) wrapped in a towel. Thanks for the inspiration to get back to my yogurt-making ways (and the science behind it)!

Have fun! And let me know how it goes. The instructions here can create a yogurt that is little bit runnier than we’re used to (the recipe errs on the side of safety), but that’s the fun of experimentation!

Yes! Growing up making yogurt was a science experiment every week! My mother made the best – but I’m looking forward to trying your method` thanks!

I have been waiting for this post and appreciate all the info. I could kick myself for throwing out a Salton yogurt maker from the 70’s – but think I can make yogurt with your help.