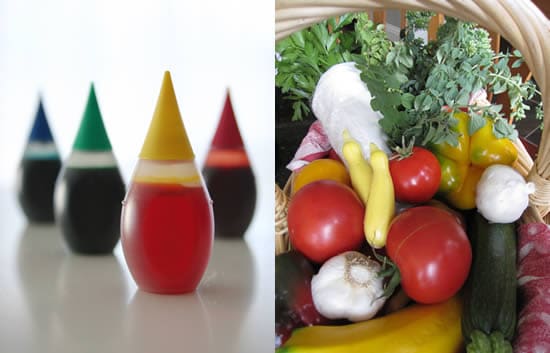 As a harried mom, food blogger, and marketing consultant, I initially questioned the reality of someone like me feeding her family 100% unprocessed food for 30 days. After talking with Andrew last year, the net result was a guest post about ten healthy, family-friendly snacks and an understanding that the real purpose of the challenge was education and awareness.

Today, I am writing about five ingredients to avoid consuming in your food, based on a session I attended last August at the Hazon Food Conference at UC Davis. Hazon, which means “vision” in Hebrew, is a Jewish-based organization whose purpose is to create healthy and sustainable communities in the Jewish world and beyond. They do this through education, exercise (bike rides), and conferences.

The session, in the Health and Nutrition Track, was entitled “BrainMending: How to Change your Brain with What you Eat.”

The speaker, Dr. Shetreat-Klein, approaches this subject from a unique and highly trained perspective. An accomplished pediatric neurologist, she became frustrated with the focus on prescription drugs as the prominent modality used to treat her young patients. So she searched for a new angle and began to focus on the impact that the environment and specifically food can have on our bodies. She now runs a successful practice called Brain Mending whose premise is that nutrition is a legitimate modality that can be used to prevent and treat illness.

In her session, she first explained the concept of epigenetics, a fairly new area of genetic research that asserts that DNA is not the only variable in genetic change but that our genes can be affected in the short-term by environmental exposures. In a Time Magazine article on epigenetics, they explain that “Epigenetic changes represent a biological response to an environmental stressor.”

Applying this epigenetic concept to food and our bodies, Dr. Shetreat-Klein further explained that what you eat and what you’re exposed to may change how your body works.

In this definition, highly processed foods would be included in the category of environmental factors that change how our body works. She highlighted this concept by explaining five food products to avoid, and why.

Keep in mind that these ingredients can be disguised with other monikers, so be vigilant when reading labels.

Monosodium glutamate, commonly referred to as MSG, is what many of us associate with Chinese food, but in fact it appears in many foods we regularly purchase without even realizing it. On labels, it is frequently listed as MSG, monosodium glutamate, hydrolyzed vegetable proteins, autolyzed yeast, hydrolyzed yeast, yeast extract, soy extracts, protein isolate, or simply, “flavor.”

Glutamate is actually a naturally occurring amino acid necessary for brain function that we find in foods we eat such as tomatoes, mushrooms, and parmesan cheese. In our brains, glutamate acts as a neurotransmitter helping information to move from neuron to neuron. Glutamate is referred to as an excitotoxin because if there is too much of it, it can “excite” the neural cells to death. So Dr. Shetreat-Klein believes that while we need glutamate for brain function, too much glutamate can be detrimental and begin to destroy healthy brain cells.

Aspartame, or the brand-name Nutrasweet, is an artificial sweetener used in many “diet” foods and drinks. Though the FDA has not chosen to ban its use, many studies indicate that for those sensitive to it or who ingest large quantities of it, it can be detrimental to their health, causing migraines and dizziness, among other side effects.

Aspartame, like glutamate, helps transmit information between brain neurons and may be damaging to cells when consumed in excess. The debate over the safety of Aspartame continues to rage on both sides, but Dr. Shetreat-Klein who “studies the studies” is convinced we are better off not ingesting it. I encourage you to read the data and form your own opinion. But for me, just knowing that Aspartame consists of 10% methanol is enough reason to choose other sweetener alternatives.

According to a March 2011 NPR article, artificial food dyes are made from petroleum and approved for use by the FDA to enhance the color of processed foods. In late March 2011, the FDA met to consider banning certain food dyes but did not pass the ban, citing a lack of evidence . These same food dyes are, however, banned in Europe based on scientific evidence showing increased hyperactivity in children after ingesting these dyes.

Dr. Shetreat-Klein talked of a patient whose main diet included artificially-colored strawberry milk in large quantities. After taking this patient off this milk as well as several other positive dietary changes, there was a major improvement in the patient’s medical condition.

Stop by your local produce market and remind yourself how gorgeous natural unprocessed food really is. The naturally occurring colors you see in fruits and vegetables are a result of phytochemicals which may improve our health and decrease our chance of catching certain diseases [PDF].

Artificial preservatives are added to food to retard spoilage, extend shelf-life, and maintain a pleasant looking appearance. The number of preservatives used is so extensive that the Food and Drug Administration maintains a database called EAFUS (Everything Added to Food in the United States) of over 3,000 substances that the FDA has either approved or listed as Generally Recognized As Safe (GRAS).

A couple of preservatives with potentially negative effects are sodium benzoate (also listed as E211) and nitrites. Sodium benzoate is used in soda to retard spoilage but has been taken out of Diet Coke in the UK because of a study done there that links sodium benzoate with hyperactivity and changes to DNA.

Another preservative, Nitrite, used in processed meats such as hot dogs, has been shown to be carcinogenic. According to the LiveStrong website: “The major concern with regard to sodium nitrite is that it reacts with compounds called secondary amines to produce substances called nitrosamines. Nitrosamines, in turn, are potent carcinogens, meaning they cause cancer.”

The last food additive she suggested to avoid is high fructose corn syrup (HFCS). According to the Mayo Clinic website, “high-fructose corn syrup is the most common added sweetener in processed foods and beverages” The Mayo Clinic article also says that the evidence is mixed regarding whether or not HFCS is any worse for you than regular sugar. In fact, sugar of any kind in too large a quantity is bad for everybody, leading to weight gain, cavities, elevated triglycerides, which all lead to increase risk for heart attacks.

Dr. Shetreat-Klein explained that HFCS is frequently found to contain mercury. In 2009, studies showed that high fructose corn syrup contains mercury which is toxic in all its forms. According to an article in the Washington Post, “Americans consume about 12 teaspoons per day of HFCS, but teens and other high consumers can take in 80 percent more HFCS than average.”

If you can choose an unprocessed sweetener over a processed one with mercury, what would be your choice?

After discussing these five food additives to avoid, Dr. Shetreat-Klein also shared some foods to include in your diet:

In our family, we subscribe to the idea of enjoying all foods within reason. I don’t lose sleep if we eat any of these five additives occasionally. But for those particularly sensitive to any of the five food ingredients, even an occasional ingestion may be too often.

What the #unprocessed challenge is all about is becoming more food-aware. The key with these ingredients is becoming aware of why and how they are used and being able to decide pro-actively if you want to be eating them.  As I researched the five ingredients, my a-ha moment was discovering that the FDA keeps a database of over 3,000 (3,000!!!!) GRAS additives all to preserve and enhance what starts out as unprocessed food. As Andrew’s challenge teaches us, unprocessed food choices exist in abundance and it can only be to our benefit to eat food in it’s natural state whenever possible. As Dr. Shetreat-Klein believes, food can not only sustain us, but perhaps it can heal us as well.

Thanks for another reminder about the various ways MSG is labeled. So important, especially when we are racing through the grocery store and still trying to make good purchase decisions.

Reading this post reminded me of the gigantic bottle of Accent, otherwise known as MSG, my mom used to cook with when I was younger. It’s scary to think MSG is still around.

It definitely is and as Marcia reminds us again below – be sure to look for the various alternative names it has in ingredient lists.

You might be interested in an organization formed by parents back in 1976 to teach families how to avoid the additives you include in your article. It is called the Feingold Association and its website is http://www.feingold.org

Good tip. I ran across the web site while doing some of the research.

definitely aspartame. It gives me migraines, so that says something about it messing up your brain cells!

It’s good that you are aware of the migraine response – it’s a fairly easy additive to avoid!

Catherine – my headaches this month have been non-existent! I’m convinced it’s the elimination of additives, preservatives, and specifically, aspartame and other articial sweetners. The only pain medicine I’ve taken was for my back during a long flight. But my head has felt great!

I use local honey and organic evaporated cane juice, which is less processed than ‘regular’ sugar in my canning, baking, and cooking.

my mother used to cook with when I was younger. It’s scary to think MSG is still around.