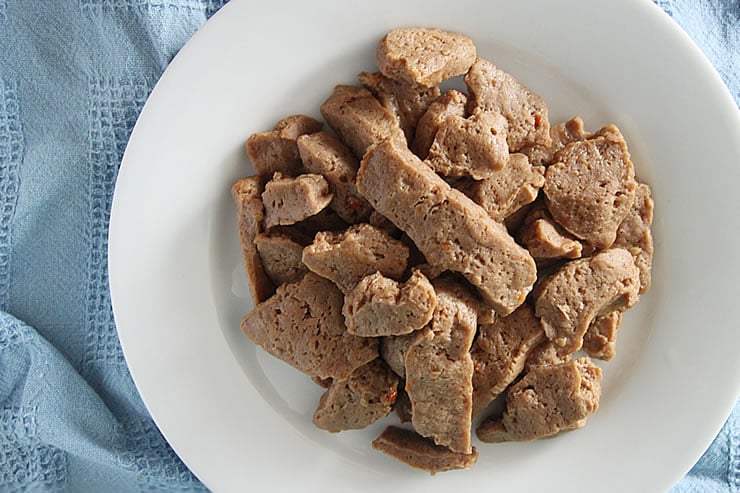 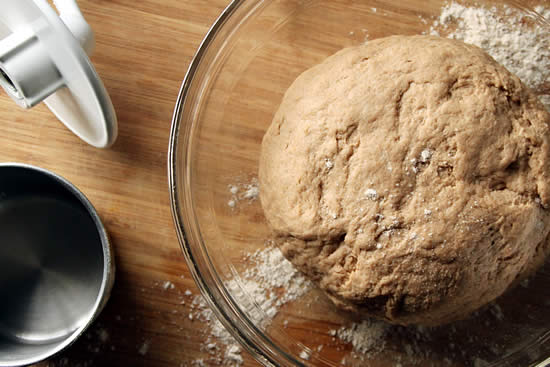 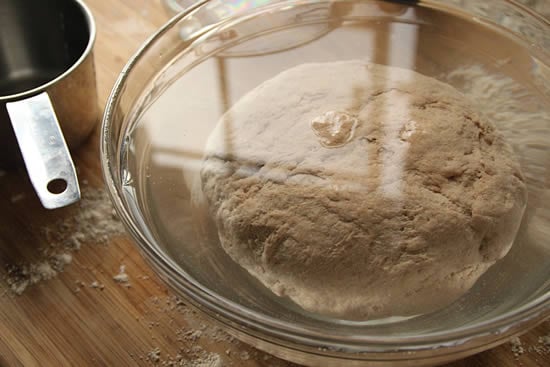 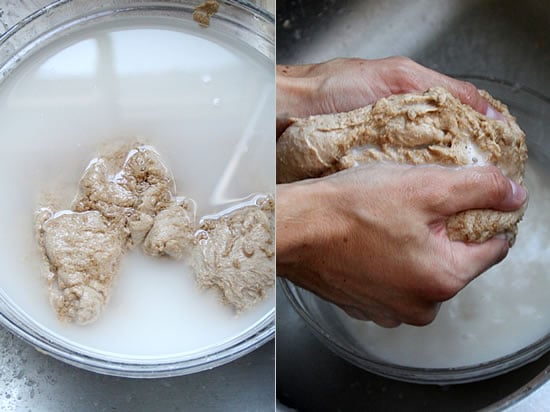 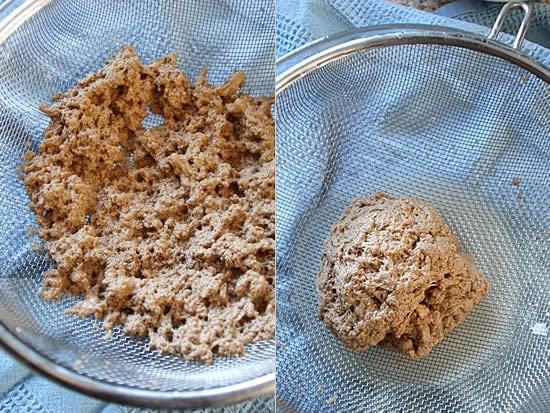 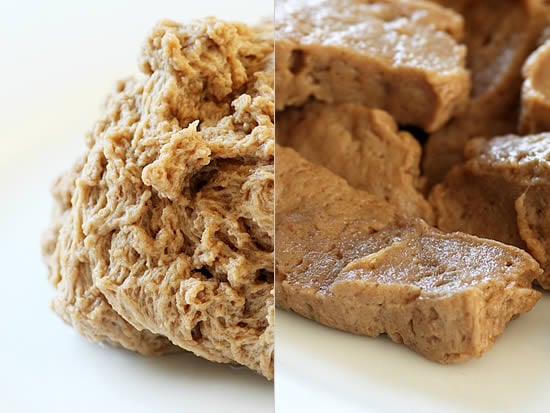 I want to make “beef” seitan using the WTF method. My question is, when is the appropriate time to add spices to the whole wheat flour? I’ve researched for a month now and can’t find a direct answer to that question. Thank you so much!

I don’t know what I did wrong. All I got was like a ball of wet sand that eventually just watshed away until nothing was left.

Me too. I’m not sure why the dough just fell apart. Did you go by gram measurement or cups? Maybe the error with the weight was my issue, there wasn’t enough water at first and I added almost a whole other cup to even get any sort of dough.

Did you use a high gluten flour?

Hi I left my dough ball soaking too long. This is my second time experimenting but my first time working with so much flour. My mixer is at capacity. I’ve added flour to stiffen but it’s not balling up yet. Hoping if I let it rest in the open air tonight, I can revive it tomorrow. Have you ever fixed a soupy dough ball?

Mine was like that. Until I washed it under running water all the while squeezing and pulling apart, it soon started getting sort of rubbery when the water started getting clear I’d soak for 5-10 minutes and repeat several times and soon water run clear, I cut it in process and let sit in water until I made broth, then I cooked it for 25 minutes, in that broth i was making but i added fresh- frozen mushrooms a couple slices of ginger and tomatoes juice instead, water, nutritional yeast, rosemary. Im making chicken.

We call it Gluten and hav been eating it since birth! Im wanting to know how to get it spongy inside and not to look like a slice of perfect polony? Do i hav to knead it longer? Or is there another ttick? Whst will happen if i put yeast into the mixture? I made a batch on Wed night soaked till Thurs day night then washed and brothed….tasted like childhood…(my 20yr old son very sentimental coz he ate if after years last?). Regards Mirinda. Cape Town South Africa

This recipe was easy and turned out delicious!! One tip I’d share is after kneading the dough for a bit to wash out the starch, to make sure I removed as much starch as possible, I put the glutenous ball back in a stand mixer with some cold water and mixed on high for a couple of minutes. I was left with gluten “grounds” that easily reformed a tight ball when done. My partner, who is mostly carnivorous, also loved the finished product! Can’t wait to try more batches with different flavorings/additions! If you have any favorites, feel free to share! Thanks again!!

I just made this, and I will DEFINITELY be using King Arthur Unbleached All-Purpose flour next time! SO.MUCH.BRAN. I’m afraid my poor sink drain is going to clog up in the near future. I realized after my 4th rinse that the sink wasn’t draining; when I got it to drain, there was bran completely coating the bottom of my sink. After that, I drained the rest of the rinse water through a reusable produce bag, and even with the first bit going down the drain/in the trash (the stuff that was coating the sink bottom went in the wastebin), it is 1/4 full of BRAN. I’m going to toss it in the dehydrator and see what I can do with it, but it was NOT WORTH all the extra effort, or the sink de-clogging I fear is in my future. I was getting mostly clear water for a while at… Read more »

Thank you Stacy, this looks great. I would have thought that most of the “whole” part of the wheat would wash out, but your seitan looks quite dark some of it must have stuck around.

Question: How did you calculate the calories of the seitan? I’m having trouble doing so since it seems impossible to determine how much starch has washed out or what the water content of the final seitan product is.

Tried this today and came out so good! I just boiled it in veggie broth and my daughter and husband ate it just like that. I put half aside to stir fry tomorrow.