Home » Thoughts & Observations » A rebuttal to the anti-soda-tax arguments 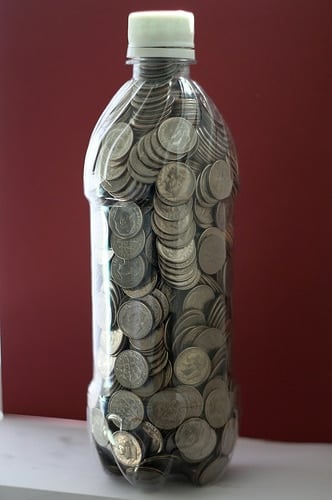 Back in May I wrote about the push for a Soda Tax.  A few days ago, over at change.org’s Sustainable Food section, they wondered if a soda tax will really help curb obesity.

I keep seeing the same arguments against a soda tax again and again, so I’d like to offer my rebuttals.

Sure it will.  It may not be a deterrent for everyone, of course, but it will be for some (many?), and will therefore be a step in the right direction.

As reported by the Washington Post, a USDA study indicates that a “20 percent increase in the price of high-calorie, sweetened beverages, such as soda and sports drinks, could result in a decrease in the daily calorie intake of beverages by 37 calories for an average adult and 43 calories for children. That translates into an average reduction of 3.8 pounds over a year for an adult and 4.5 pounds for a child.”

In a recent real-world test, Harvard researchers raised the price of a 20-ounce bottle of full-calorie soda by 45 cents (a 35% price increase).  This caused sales to drop by 26 percent.

“It won’t solve the obesity problem in America.”

Of course it won’t solve the entire obesity epidemic; to think it would do so is just silly.

However, every little bit helps, and we need to attack this problem from multiple angles.  I also think that is an opportunity to have more than “a little bit” of positive impact.

Soda is a huge factor in our obesity problem, and therefore reducing high-calorie, sugary-beverages is one of the best places to start.

“A soda tax is an unfair burden on poor families.”

That’s faulty logic.  If you’re poor, you shouldn’t be spending your money on soda in the first place.  And if you’re truly destitute, you aren’t buying soda anyway. [Update: I probably could have used a better word than “shouldn’t” in the previous paragraph. See discussion in the comments section below.]

Soda delivers calories that are nutritionally devoid.  It’s simply not a healthy or cost-effective way to feed your family.

Soda is not nourishing food. It used to be considered a luxury item, enjoyed much less frequently and in smaller amounts, and it’s time we reverted back to that idea.
<h3″A reduction in soda intake will be offset by an increase in other junk foods.”

Liquid calories (like those in soda) are not registered by the body in the same way that solid calories are.   By drinking your calories, you end up consuming more calories overall.

Reducing soda consumption, therefore, would ultimately result in a net reduction on the average calorie intake of Americans.

“I don’t want the government telling me what I can and can’t eat!”

I don’t want the government controlling my diet, either — but that’s not at all what’s going on here. The proposals are not to ban soda, just to tax it.

But if you do want to stop any and all government control over food, then we also have to keep the government from subsidizing corn and giving tax breaks to the food industry.  And how about food safety legislation?  Don’t you want the government assuring that our food supply is safe?  So where do you draw the line?

Considering the overwhelming evidence that soda (a non-essential, luxury item) causes harm to individuals AND society, someone has to pay for that burden; it should be the people consuming the soda, not society as a whole.

(See also: Who decides what you can and can’t eat?)

“Taxing soda is a ‘slippery slope.'”

This, too, is a faulty argument.  It’s alarmist rhetoric that makes for good headlines.

We heavily tax cigarettes because we know they’re bad for us (and it is an effective deterrent — the CDC says a 10% increase in taxes results in a 4% decrease in smoking).

Although a soda tax might be one more bit of government intervention into the free markets, it would not have a snowball effect or push us down a “slippery slope.”

“Parents need to do their job and control/teach their children.”

I’d agree with that — there is certainly truth here.  However, it’s not a level playing field.  Kids are inundated with commercials and advertising, as well as many hours where they are not under their parents’ watchful eyes (school?  friends’ houses?) — and when soda is offered at school, there’s not much parents can do about it.

What kid isn’t going to want a soda with his lunch, when it’s readily available?  Sure, parental influence is a huge and important factor, but parents are no match for the food industry.

What other arguments against a soda tax have you heard?  Do you disagree with any of this?  Post in the comments below!

Soda is too general a term. I haven’t drank a soda with any calories in 20 years. Sparkling water isn’t unhealthy, even when flavored, as long as there are no calories, that is basically all it is: water. So lumping zero calorie beverages into the same group due to carbonation is asinine. Some people prefer it to flat water and it doesn’t contribute to obesity. Taxing it would just be laziness of scientific proof and greed. Just because some people are afraid of various no calorie sweeteners doesn’t make them inherently dangerous. You have to come to that opinion with concrete evidence to back it up, but they can’t. Ask a type 1 diabetic if coke zero makes their blood sugar budge or expands their generally thin frames. It doesn’t. Ask one in their 60s, who has been using even older stuff than sucralose, if their insulin pump responds in… Read more »

Politicians never seen a tax they didn’t like. Maybe people should rise up and demand that the politicians be taxed when they don’t live within their means. Taxing soda is just the beginning and just an excuse to raise taxes. What’s next, candy, carbs.,meat, etc. Wake up America, your state is next and the taxed go on and on and on. It’s not about them being concerned about out weight, it’s all about money!