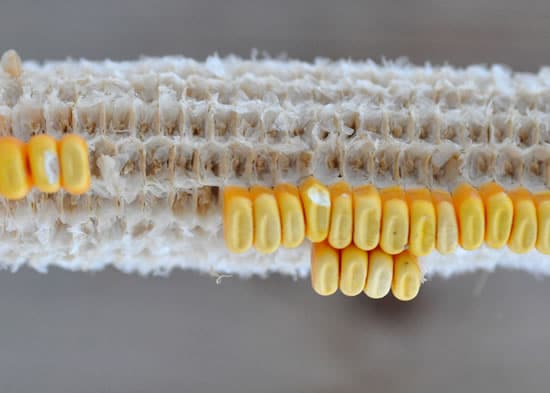 Last weekend I sat alongside four amazing women as we led a discussion on Food Blogging for Change at the BlogHer Food Conference in Atlanta.  Later this week I’ll be writing a bit more on my thoughts of what bloggers can be doing to help change the world (we ran out of time before I could share all the “takeaways” in my notes!). Today, though, I wanted to expand upon one of the answers that I did get to say.

Although on Eating Rules I generally focus here on what individuals can do, if you follow me on Twitter, you’ll know that I’m also quite interested in food politics and policy. During our session, we were asked what our top three “wishlist” items would be — a fantasy, if you will —  if we could change food policy in America. Here are mine, in order of increasing importance:

1. The ideas of “organic” and “conventional” are backwards and need to be swapped.

If you step back for a moment and objectively (!) look at the way we’ve set up “Organic” labeling rules, it’s so backwards it’s almost laughable. If a farmer wants to label her food “organic,” that means she needs to jump through a lot of hoops to make it happen. These strict requirements are costly, time consuming, and difficult, to say the least.

I’ve asked many farmers at farmer’s markets, “Is this organic?” and received frustrated replies like, “No, certification is too expensive — but it’s produced without pesticides!”

However, if a farmer wants to sell “conventionally-grown” food (to use Whole Foods Market’s term), she can spray synthetic pesticides all over the food (among other allowances).  Sure, there are rules she’d have to follow, too, but by spraying poison (pesticides are by definition poison, of course), the farmer is able to produce crops cheaper and faster.  Oh, and they’re also allowed to genetically-modify the foods to help, too.

So here’s what I suggest:  Instead of labelling organically-grown foods “Organic,” let’s just make Organic the norm, and slap warning labels on all foods that don’t meet that high standard. Think opt-out, not opt-in.

SURGEON GENERAL’S WARNING:
This food may have been sprayed with pesticides and/or may have been genetically-modified, with no long term studies having been done on the possible effects.

Food-product producers use all kinds of tactics to get us to buy their products, including a tremendous amount of misleading marketing information.  There are obviously many ways they do this, but some of the biggest culprits:

The list goes on and on, but you get the idea.  What’s the effect of all of this? People buy processed, unhealthful foods, thinking they’re eating something that’s good for them. I was about to say something like, “If you’re reading this, you’re probably an enlightened foodie that’s not falling for their tricks.”

But really, how true is that? I have to admit, even though I know “Natural” is totally meaningless, when I see that on a package, there’s still the little voice in the back of my head that thinks, “Hey, this is good for me!” After years of practice, I can quickly catch myself doing it — but I’m still not completely immune (hey, I’m human, after all).

My point is this: Let’s let food speak for itself. If it’s real, whole food, it doesn’t need a label.  And if it’s a food product, we should be able to identify the ingredients as whole foods, and then go from there. Marketing exists to sell products, not to make you healthier.

In 2009 the United States subsidized corn production to the tune of four billion dollars. This is not news, of course: From 1995 to 2009, total corn subsidies comes out to around $74 billion.

And how much did we subsidize whole, fresh fruits & vegetables?  You know, the kind you get in the produce aisle (or better yet, at the farmer’s market)? In 2009 they collectively received just $825 million (PDF, page 6). Yup, corn alone gets $4 billion, and all the other fruits & veggies have to divvy up less than 25% of that.

About 80% of this artificially-cheap corn gets turned into livestock feed, about 5% is used to make high fructose corn syrup, and the rest is used for dozens of other food additives and ingredients (and a bit goes to industrial uses, such as ethanol).  Indeed, corn has become the deep foundation of the American food chain.

(If you’re not already clued into the corn subsidy story, I highly recommend reading  Michael Pollan’s The Omnivore’s Dilemma.)

What would happen, say, if we were to suddenly —  no, not even suddenly — let’s say gradually shift our priorities.  Let’s make corn less inexpensive, and make fresh, whole fruits and vegetables significantly cheaper. You think people’s eating habits and priorities would change.  You bet your sweet fanny they would.

Sidenote: I was just playing around with the Environmental Working Group’s impressive Farm Subsidy Database, and entered my zipcode, 90405.  The search results showed 59 people who have received subsidy funds since 1995.  Last I checked, there aren’t too many farmers in Santa Monica.  Try it with your zipcode, and see what you find.

Wondering what my co-panelists’ answers were?

Mrs. Q, with her dedicated and mission-critical focus on school lunches, said that (1) French Fries should no longer be allowed to be considered a vegetable, (2) Chocolate Milk “needs to go,” and (3) we need to ban processed meats.

Michelle Ferrier, who emphasizes the need for local food and farmer’s markets, said (1) local governments need to recognize that food security [access to healthful food] needs to be viewed as important as everything else, (2) we need to bring back Home Economics — at the elementary school level, and (3) we need to change school lunch policies to a “last child – first child” policy .

Bettina Luescher, spokeswoman for the incredible World Food Program, narrowed it down to one biggie: No funding cuts for child hunger programs, ever.

Healthy Options at Corner Bakery Cafe, Part 2: Lunch & Dinner
How To Change The World (even if you’re not a food blogger)

I think Michelle meant that the last child in the lunch line gets the exact same treatment as the first child in line. Same quality and quantity of food, and the same amount of time to eat it.

I could hug you for those three! After reading The Omnivore’s Dilemma I look at so many food products and meats and simply see corn. I wish jinns were real and could grant your three wishes. That would really get this country on the right track and off of the SAD one.

My food wish would be to eliminate food advertising to children. I know way out of the realm of possibility, but I would love it.

Yep, that’s a big one. Have you been tracking any of the recent voluntary advertising guidelines stuff? It all seems pretty pointless (since it’s voluntary), and the industry is STILL fighting back about it, but I suppose in the right direction, at least.

Put stevia in the sweetener category instead of a food supplement. It’s one of the best–if not the best–sweeteners lying around. It has no side effects (the Japanese have consumed it for decades) and it even helps lower blood sugar. I agree with you that I hate HFCS! And that sugar is cancerous.

Thanks for your comment, Dawn. Researching Stevia has been on my to-do list for awhile now. I’m generally wary of anything that sounds too good to be true (and has been somewhat controversial as well)… but I’ll dig into it soon and see what I can find. Thanks again!

Just saw this post – couldn’t agree more. I wrote about your third point (subsidies) yesterday and am glad to see others shedding some light. Important not to see this swept under the rug amid so much other political turmoil.

Just read your post, and I couldn’t agree more!

I’ve been thinking a lot about this, and have come to the sad conclusion that “voting with your dollars” is not nearly sufficient. That may improve the situation some, certainly, but it’s not going to fix the subsidy system. In fact, it could be making it worse — since we’re playing by the existing rules, there’s less incentive for the government to change how subsidies work.

We need to find a way to get our legislators to take action and reform farm subsidies. That’s a huge challenge, since we’ll be working against the tens of millions of dollars of lobbying efforts of big ag.

Great post! And while I completely agree with ALL of the above you said to pick 3, so I’ll go with:

1. Stopping subsidizing of corn & soy
2. Getting real lunches to our children (mine won’t even buy at school and are tired of my lunches!)
3. Figure out a solution to our over-consumption of meat.

Great list, Kristie. As for #3, the Meatless Monday campaign is doing a terrific job on that goal. Just recently, they calculated that at least 50% of all Americans have heard of the campaign, and something like 18% (if I remember correctly) have changed their diets in some way because of it. It’s a small step, but it’s something in the right direction.

My big beef is GMOs and I would like to see all GMO foods be required to have labeling. Also there is a new GMO salmon coming out and CA is poised to pass a law requiring labeling on it, but it’s stalled in legislation right now. I am also distraught over the irradiation of almonds. They don’t mention that any place, but they irradiate them and most of the nutrition is eliminated. Raw almonds from the farmers’ market is the way to go, but they’re about three times as expensive, and I go through a lot of almonds, as they are my main snack.

I’m with you on all this stuff…but hey, I had to pick only three! 🙂

I hope you are writing a book – seriously…

Not to mention how much grain we export to other countries for bio-fuel. Food is the new oil…

Indeed… sigh. I’m glad the hype about corn-to-ethanol has settled down somewhat, at least. (right? we’re not still doing that, are we?)