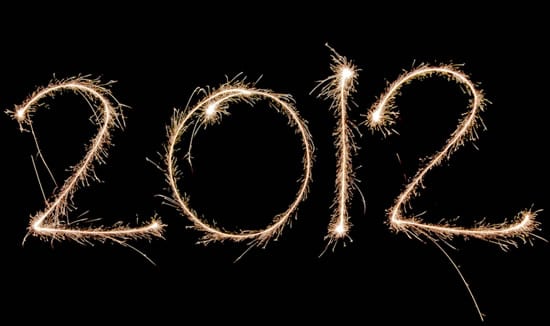 Wow, this has been such a big year that I want to share a few things that have happened,  both here on Eating Rules and in the rest of my life.

The year started with my joining the Attune Foods team as a brand ambassador, which included my writing several guest posts on their site (I think those were some of my best writing of the year, actually). I started a new business with the belief that it’s possible to make the world a better place and make some money at the same time. And then Matty and I got married. (Want the story of how I proposed? It’s totally about food.)

Next came October Unprocessed, which was the biggest and best it’s ever been, with more than 6,000 people participating. And in November, Eating Rules was named Jamie Oliver’s Food Revolution Blog of the Month.

And throughout all of this, my “day job” of web design and tech support has flourished, with most of my work being for other food bloggers. I couldn’t ask for better clients!

There are also a few posts from this year that I’m particularly fond of, and I wanted to share them here in case you missed ’em the first time around.

I attempted to answer the question of what kind of milk to drink. I explained some of my biggest pet-peeve words that have been ruined by the food industry. I pointed out a few things to remember when reading scientific studies. I railed against the addition of sugar – with its many, many names – in seemingly all food products. I collaborated with the brilliant and talented Andy Bellatti on our Cooking Oil Comparison Chart. And, oh yeah, I lost a few readers because my April Fools post was just a bit too convincing (oops).

But the thing I’m most proud of this year?  The terrific body of work my fellow food bloggers, friends, and experts contributed for October Unprocessed. If you haven’t read through all the guest posts, I encourage you to grab a mug of tea and check ’em out. It’s a powerful testament to the quality, dedication, and talent of the blogging community.

For starters, I’m thrilled to be joining the team as an Attune Foods Brand Ambassador again. I’ll be posting more often — and sharing more recipes and maybe even some new Menu Mondays posts to help you make better choices when you can’t cook from scratch. And Matty and I will (finally!) get the front yard fully landscaped, the garden set up, and the chickens in the side yard. Yep, this is the year it’s all gonna happen. Happy new year, everyone!

Contests on all the great success, you deserve it! Looking forward to more Eating Rules and other good stuff in 2013.

I’m so happy to have found your blog and Menu Mondays–honestly, yes, cooking at home is cheaper and healthier… but is that feasible for everyone? No, not really. Looking forward to a healthier 2013 and following along with your blog as well. Thanks a lot 🙂

Happy New Year, Andrew! Congratulations on your marriage and a marvelous year! I am looking forward to all you share in 2013. Wishing you a happy, healthy, delicious year ahead!

Happy New Year, Andrew! I can’t wait to hear more about your garden (and chickens!). I’m looking forward to another year of your posts, and hopefully I will see you (and Matty) soon!

Happy New Year to you too. GREG

We love reading the blog–lots to learn. We love being part of your life–what a wedding! Can’t wait to see the landscaped yard (and visit our tree) and meet the chickens.

Andrew, Thank you for all your hard work and dedication this year. Happy holidays and a great new year to you and Matty!!! You are definitely a “success” in my book!